When French delegate Victor Collin de Plancy first meets Korean court dancer Yi Jin in the last years of the Joseon Dynasty, he is spellbound by her grace and beauty. When he greets her with “Bonjour,” he’s shocked when she responds in his language. Instinctively, he snaps a photo with a hidden camera and captures the dark, beautiful eyes that will haunt him for the rest of his life.

Those same mysterious eyes forge friendships and trust between Koreans and the French in the late Joseon Dynasty, which ended in 1910 with the annexation of Korea by Japan. Based on a true story, “The Court Dancer” is finally getting a paperback treatment on Dec. 15. Written by Man Asian Literary Prize winner Kyung-sook Shin, the novel chronicles the opening of Korea to the West through the tragic life of an orphan who becomes the most renowned court dancer and a close confidant to the last Joseon queen. Young Jin grows up without a home, and wants nothing more than to serve the queen who took her in. But fearing that Jin’s beauty will steal the affections of the king, the queen sends her away with the smitten new French legate, Victor.

“The Court Dancer” begins with Victor and Jin leaving for France at the turn of the 20th century, but flashes back and forth through time, delving into Jin’s past life in the palace and the couple’s time together at the French legation. Translated by Anton Hur, the novel itself is a testament to the transfer of knowledge and understanding between the East and West described in the book. Jin, who is as clever as she is beautiful, is able to converse with Victor in French, having learned the language from a Catholic missionary as a child. Urged by another Korean diplomat, she helps expose the French to Korean culture by translating traditional novels. Rich, flowery descriptions show the differences between the two cultures, as Jin and Victor discuss class, art ownership and living in a foreign country. Hur’s translation also bridges the East and the West, bringing a very different Korea of the past to light.

With France at its peak and the Korean Empire nearing its downfall, Shin’s flowery prose renders every moment romantic. When Victor first sees Jin dance, Shin uses a variety of similes to describe his enchantment: “Was it like a branch shaken by the wind? Was it like the scattering of golden sand?” Interspersed with dreamlike memories of Korea, the story is rooted in time by historical events and dated letters from Victor to the French king, and from Jin to the queen she left behind. The combination of fact and fiction creates a liminal space for “The Court Dancer,” which exists in a state that’s simultaneously romanticized and real.

A theme of duty persists throughout the novel, causing conflicts between the characters’ personal desires and sense of greater purpose. Watching Victor’s loyalty to his country overcome his patient, passionate love for Jin, and seeing Jin’s struggle to accept her newfound freedom over her traditional ties to the court may leave readers frustrated that these characters might never be truly satisfied. But by having Victor and Jin stay so close to their own convictions, Shin creates two strong and believable characters who will resonate with audiences to the very end of the novel.

To a modern day audience, Victor’s fascination with the East and the French delegation’s “Oriental Room” of artifacts may seem imperialistic and inappropriate. But ultimately, both Jin and Victor are products of their times. Through their vividly realized characters, Shin transports her readers to this period of imminent globalization and societal change. 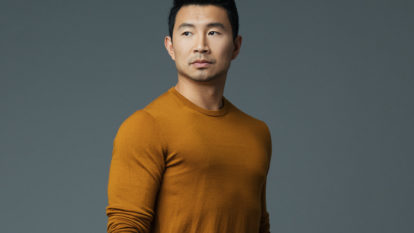