Who in the hell wanted another “Hellboy?” Take into consideration that the two highest grossing movies last weekend were “Shazam!” ($53 million) and “Pet Sematary” ($42 million) and you have your answer. Lionsgate and Millennium’s needless reboot of Mike Mignola’s Dark Horse Comic is for all intents and (marketing) purposes, a superhero horror movie. Slap on the R-rating for unapologetic ultra-violence (à la Deadpool), tack on the multicultural cast and you’ve checked off all the boxes that make for an edgy and diverse high-concept hit in 2019.

Unfortunately, “Hellboy” is less than the sum of its parts. It’s a monster movie monstrosity with a half-baked plot that’s stitched together like Frankenstein’s monster. Directed by B-movie auteur Neil Marshall (The Descent, Dog Soldiers), the plodding film is a sharp turn away from the pulpy Lovecraftian fairytale imagery of Guillermo del Toro’s previous two film adaptations and seems hellbent on upping the ante on grindhouse blood and gore.

“Stranger Things”’ David Harbour does a serviceable job taking over the title character role made famous by Ron Perlman, who, let’s face it, was born to play a hulking, cigar-puffing half-demon walking the line between good and evil. Harbour’s version of the devil incarnate is a big lug with daddy issues. There’s nothing wrong with taking down the masculinity a notch but Andrew Cosby’s script doesn’t tap into Harbour’s gruff gentle giant that we love as Sheriff Jim Hopper in the Netflix hit show.

The movie kicks-off with some medieval “Game of Thrones” imagery (Marshall has helmed a couple episodes of the HBO fantasy series) centered around King Arthur and Merlin making mince meat out of Nimue (Jovovich), a power-hungry sorceress who curses them as she’s carved up into pieces by the mythical sword Excalibur.

We then meet Hellboy 2.0 (Harbour) in the present day, following him around the globe and underworld where he clobbers lucha libre vampiros, blood-thirsty giants, backstabbing English aristocrats, a thirsty Russian witch, baby abducting fairies and a cockney warthog named Gruagach. Professor Bloom drops in every once in awhile to chew scenery and bark out expletive-packed orders that drag us to the next set piece, while providing father-son drama that’s supposed to humanize Hellboy but makes him come off more as a whiny, live-at-home millennial, complete with man bun.

“Hellboy” is not a horrible movie, just an unneeded one. Yet, the film’s legacy is still important. The role of Daimio was originally given to British actor Ed Skrein despite the character being Japanese American in Mignola’s source material. After a social media shit storm dug up the #whitewashing of yet another Asian character, Skrein gracefully bowed out with a poignant Twitter message that read in part:

A couple weeks later Kim was cast in the role, notching an important win for the inclusion movement now sweeping through Hollywood. Ironically, in the film, Kim sports an impressive English accent to play the now-Asian Brit military man (Daimio).

But things aren’t all bad in “Hellboy.” The first-half of the movie is somewhat entertaining with its pure zaniness and should be applauded for using the practical monster movie effects that Marshall is famous for. The highlight being a scene where Jovovich, doing her best Madame Leota (the talking head from Disneyland’s Haunted Mansion), plots her revenge from a living room sofa while ordering her piggish henchmen to retrieve her last missing limb. The second-half of the film is dragged down by tedious backstories and repetitive set pieces. Marshall wisely goes all-in on the absurdist plot eliciting some LOL moments, but descends visually into dated, CGI-porn, turning the film into a supernatural action movie spectacle that will have you pulling out your phone to check the time. 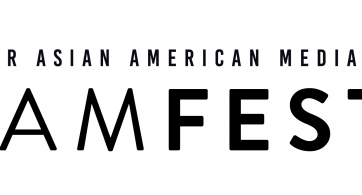 Need the scoop on which movies to see at the 37th annual Center for Asian American Media’s Film Festival? Character has got you covered. On April 9, the lineup […]