The story of “Leak 04-13 (Bait Ones)” begins with a stolen laptop. In 2013, 16 songs, mostly unreleased, were leaked onto Bandcamp  from a computer that belonged to ascending Indian British record producer Jai Paul. The world of electropop would never be the same. His two hits, “BTSTU – Demo” and “jasmine – demo,” which are both featured on “Leak 04-13 (Bait Ones),” introduced his scintillating signature sounds that everyone from Drake to Ed Sheeran wanted a piece of. The album was left uncompleted and Paul took a break from music after the leak. Rumors circulated as people questioned whether the leak was a publicity stunt. It wasn’t. Then, it seemed, Paul simply vanished off the face of the internet.

Album “Leak 04-13 (Bait Ones),” officially released on June 1, are those 16 songs, untouched and unmastered since the day they were first leaked, minus a few samples that encountered licensing issues. In the early 2010’s, Paul was popularly seen as electronic music’s pioneer bedroom producer, and his debut album’s hype was off the charts. Even though he’s been absent ever since, his impact has been hard to ignore. He’s directly influenced British DJs like Mura Masa, but you don’t even have to look that far. Just turn on the radio. These days, you can’t go 15 minutes without hearing a mainstream electropop track laden with excessive Jai Paul-esque sidechain compressions and dreamy falsetto vocals.

There’s a fine art term known as “non-finito,” or not finished. Donatello and Michelangelo (the sculptors, not the Ninja Turtles) would purposely create incomplete busts. These pieces allowed the viewers to fill in the blanks themselves, creating a more mentally engaging work of art. In this way, the fragmented “Bait Ones” gives listeners just enough. When the creation of these tracks were interrupted by the leak, the songs were in various stages of completion. Some are bare skeletal beats, while others are advanced productions featuring layered vocals. A few tracks are nothing more than 20-second sound bytes. Most of the songs on “Leak 04-13 (Bait Ones)” end abruptly, almost to remind you that “Bait Ones” is a work-in-progress. Many of the tracks also feature awkward, jarring gaps where future vocals might have been pasted over. It’s like reading a literary masterpiece marred with elementary-level spelling mistakes—you can hear the brilliance hiding beneath the guise of imperfection.

Despite the album’s patchwork nature, it’s more than listenable—the more refined tracks are catchy and melodic. Even the more incomplete tracks are sonically pleasant. 2013’s “Str8 Outta Mumbai” seems like the most polished track on the album. Featuring a Bollywood soundscape, it’s easy to see Paul’s two worlds, English and South Asian, swaying back and forth, sometimes competing, sometimes collaborating, as soulful guitar riffs collide with rich Hindi vocals over a bed of ambient synths and rumbling 808s.

Say what you will about Jai Paul’s strange, reclusive nature, his legendary status among electropop musicians and fans is well-deserved. Music theory types can examine the songs’ gaps to see how commercial tracks are pieced together. Rave crews can dance the night away, to almost all of the tracks. And high-brow music snobs can write well-coiffed think pieces on what a finished “Bait Ones” might sound like. Whatever your reason for listening, Jai Paul’s stolen album is finally back to its rightful owners: the listeners. 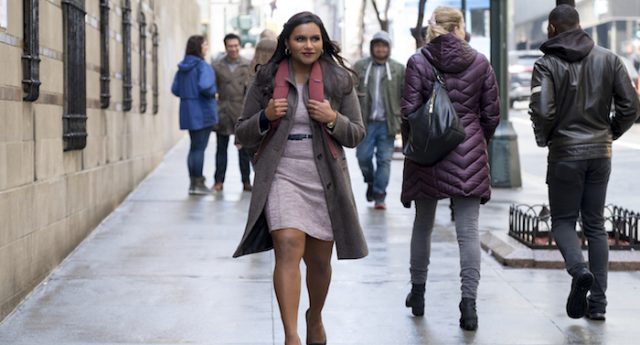 When I first tried to find work in TV, I scored a meeting with a studio president and explained that I wanted to be a TV writer. He looked […]