Surrounded by vague indicators of midwest America, like McDonald’s golden arches and a vintage Ford truck, Quang (Tim Chiou) leaps into action and punches out a racist cowboy who’s just groped his wife, Tong. As he declares his love for Tong, he tears off his flannel shirt to reveal a muscular physique that could be straight out of “Baywatch,” delighting his wife and much of the audience.

It’s a fantasy for Tong, who spends much of the rest of “Poor Yella Rednecks” facing a harsh reality. The follow-up to Qui Nguyen’s 2015 play “Vietgone” goes back in time to the early 1980s, as Tong and Quang fight to keep their marriage afloat in the foreign land of Arkansas. The pair are forced to work demeaning jobs for low wages, while their son Little Man (played by Eugene Young via a toddler-size puppet) is ostracized by his peers for speaking Vietnamese. Tim Chiou (“Silicon Valley”) stars as the good-intentioned Quang, while stage veteran Maureen Sebastian (“American Gothic”) shines as Tong, who alternates between level-headed mother and desperate housewife. Directed by May Adrales, the play features Qui Nguyen’s signature rap stylings and hilarious “potty mouth” dialogue in abundance.

At its April 26 showing at the South Coast Repertory, the audience was mostly composed of older, affluent white people—a fact that the actors were quick to cash in on. In the first scene, an elderly Tong wonders out loud whether a play about a Vietnamese refugee family will be relevant to a wider audience. As her adult son (Paco Tolson) protests that all kinds of people watch plays, Tong squints over the audience and says in accented English, “Looks like a Fleetwood Mac concert—so white,” sending the viewers into hysterics.

Although the play dealt with serious topics, the overall mood of “Poor Yella Rednecks” was playful. Before the action can begin, Tong sets some ground rules, including a requirement that she speak the same polished (if foulmouthed) English as her son. The playwright gladly indulges her. In a wonderful change of circumstance, the white characters speak in satirical, pidgin English, overusing “Yeehaw!” while applying fast food lingo like cheeseburger and Big Mac to just about everything. The Vietnamese characters, meanwhile, are eloquent and able to rap their way through even the most tense situations (with the exception of Quang—more on that later).

After the rules have been established, Tong tears off her grandmotherly clothes and transforms into a decades-younger version of herself—and we’re off, back to where the ending of “Vietgone” left Quang and Tong. On a stage that revolves (literally) between nondescript American businesses and the cluttered inside of Quang and Tong’s home, we watch the couple evolve from the lovesick teens of the previous play to struggling parents. Tong’s mother Huong (Samantha Quan) wanders in and out of the background as Quang and Tong’s marriage unravels, tossing out well-meaning, but harsh criticisms that only irritate her daughter.

The play and rapping, admittedly, both start out a bit stilted. Chiou seems to struggle with delivering his lyrics in a natural way, particularly in the song “Homeland,” which comes in the very beginning of the play when Quang and Tong are still starry-eyed about each other and their new country. Fortunately, Chiou and the rest of the stars are quick to find their footing. The raps begin to flow better as the play goes on, providing both a humorous focal point and a compelling method for the characters to deliver their stories. The second act is especially strong, and features two crowd-pleasing kung fu scenes whose exaggerated action is reminiscent of the overdone martial arts films many Asian Americans watched growing up.

Sebastian delivers a powerful performance as Tong, whose drive to succeed in America is so visceral it’s almost tangible. While Quang tries to win back his wife’s heart, Tong is forced to move from one crappy job to another to keep a roof over the family’s head. In the second act, she becomes torn between her love for the oft-irresponsible Quang and her need for stability and raps, “I don’t give a sh-t, I don’t give a sh-t.” But Sebastian renders Tong’s bravado for what it is—a mask. As she repeats the line, she dissolves into tears. Many in the audience did as well.

On top of all her other problems, Tong has to deal with her son Little Man’s difficulties with assimilation. The wide-eyed puppet provides a note of levity, and raises crucial questions about language and culture. Some dialogue is a little too on the nose (in one scene, Little Man plays with Star Wars toys and Darth Vader tries to lure Obi Wan to the dark side with promises of cultural assimilation), but his struggles with language is one of the most grounded aspects of the play. His grandmother Huong is torn between following her daughter’s wishes to help Little Man learn English, or keeping her grandson close to her through a shared language—it’s a conflict that will feel all-too-familiar for many second generation Asian Americans.

While “Poor Yella Rednecks” might not have the same star power as “Vietgone,” it’s still a must-see. The chanted refrain, “Poor yella rednecks, we demand respect, might not have any money but we’re still damn perfect,” will echo in your head long after Tong, Quang and Huong have left the stage.The demographic of the audience (and the standing ovation the actors got at the end of the play) proves that plenty of people want to, and will, watch a play about a Vietnamese refugee family. Their ongoing battles with assimilating into American culture walk a fine line between tragic and laugh-out-loud funny, guaranteed to keep viewers coming back for the next installment of Nguyen’s series. 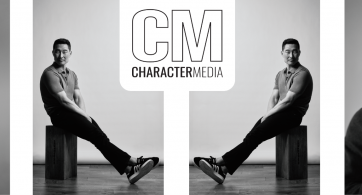 Los Angeles, CA (May 1, 2019) – The publishers of Kore Asian Media, the long-running online platform and print magazine that has become the entertainment bible for Asian Americans, will […]