Back in January, TOKiMONSTA surprised her fans by posting a visualizer of her new album on social media, featuring a pair of hands rising from the ground, holding a diamond enclosed in a green leaf. Despite its barren surroundings, that leaf keeps thriving. Just like this teaser, TOKiMONSTA’s latest album “Oasis Nocturno” describes how this producer has risen above external obstacles to succeed in her endeavors.

Making music has been a personal journey for this Korean American artist. Her previous album, “Lune Rouge,” told the story of how TOKiMONSTA, aka Jennifer Lee, regained her connection to music after recovering from a rare brain disease. In contrast to the melancholy and mainly R&B songs in “Lune Rouge,” “Oasis Nocturno” features many more upbeat and pop tunes. Lee emphasizes confidence and empowerment, most apparent in the collaborations. She brings a fresh crowd of diverse voices to the table, from the well-known Dumbfoundead and EarthGang to new faces like Sunni Colon and Rosehardt.

“Oasis Nocturno” opens with the groove “Love That Never.” Listeners are immediately transported to a beach party, thanks to the sound of waves in the background and the electronic beats produced by Lee. The song climaxes at the bridge, when the melody picks up, drums start rolling in and the lyric “It’s a love that never dies” echoes. For EDM songs, the drop is of the utmost importance, and Lee utilizes this turning point to get listeners right up on their feet.

“To be Remote,” the longest track in the album, is a prime example of how TOKiMONSTA invites listeners to immerse in her own world. Lee uses smooth transitions to transform the initial somber and steady tone to a rapid and distinct sound resembling South Asian music. Fans can sense the tension, conveyed by rattling sounds and the clock tick-tocking. This song could easily be used as the soundtrack for an action-packed movie that involves plenty of chasing and running.

Even more vivid stories occur in the collaboration tracks. In “One Day,” Lee employs a lively pop sound with a touch of rap, encouraging all the “young girls with a big heart” to keep pushing forward. “Get Me Some” (feat. Drew Love and Dumbfoundead) gives listeners a glimpse into the portrait of a woman through the eyes of her secret admirer. The song starts off jazzy, with notes of piano, cymbals and trumpets. Thanks to Love’s versatility, from his soft, high-pitched singing voice in “Shake it, break it, make it touch the floor” to his low-toned, alluring growl in the lines, “I won’t let it go to waste/ Do it just like that,” the song is sure to be the next hit on the dance floor. The fast tempo and retro vibes are reminiscent of Technotronic’s “Pump Up the Jam,” taking listeners back in time to the 1980s beginnings of the electronic music scene.

However, the most unique collaboration is on track eight, “Come and Go” (feat. VanJess). Unlike most others on the album, this song starts slow, leaving ample room for the Nigerian American duo’s charming voices. Audiences get a chance to sit back and reflect, because the majority of “Come and Go” is constructed by VanJess’ wonderful harmony. The soft voices of the two singers are memorable, and so is the message to all the “fighters,” who have “dodged a bullet and run through fire” to end a toxic relationship.

Going in her 12th year, TOKiMONSTA has a history of helping to gradually level the playing field for Asian American producers, a field that unfortunately still remains predominantly white male. The first two singles off this album, “Fried For The Night” and “One Day” have already prepared listeners for what to expect from a brand new Lee—unapologetic and not backing down. Get ready to dive into “Oasis Nocturno,” enjoy this heavenly work and then go take on the world.

This article will appear in “Character Media”’s May 2020 issue. Check out our current e-magazine here. 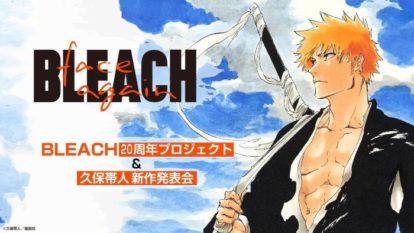 After a long wait, “Bleach” is finally getting the ending it deserves. “Weekly Shonen Jump” has confirmed in a Twitter post that the “Thousand-Year Blood War” arc will finally […]