“Second Language” sounds more fleshed out and mature than XXX’s debut, which was titled “Language.” Both albums are conceptually similar, sharing multiple lyrical themes, but their sophomore project explores new, brighter sounds that prove the duo are capable of more than just cacophonous anger. The two albums are sonically unique, but cohesive in aim; they’re two very different dialects of the same language, if you will.

Rapper Kim Ximya flip-flops between braggadocios bars and anti-establishment politics in both Korean and English, effortlessly slipping between the two at whim. However, there is at times a noticeable disparity between his vocal delivery and the sonic color of the beats. The placid rising synths struggle to accommodate his brutal bars, like on “Ooh Ah.” Also, it would have been nice to see Kim experiment with more varied verses to match the ambitious vision that producer FRNK displays on this project. But this disconnect ultimately doesn’t detract much from the gorgeous end product. 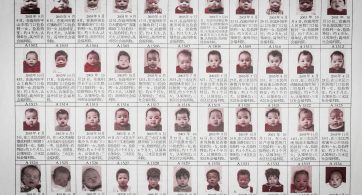 New mothers and fathers know the agony of letting your baby cry for even a moment without rushing to comfort her. Now just imagine putting your newborn in a […]