Watching “The Curse of La Llorona” is like eating gentrified Mexican food. The cultural inspiration is there and the proper ingredients are present but you can’t shake the feeling that this isn’t how this creation was meant to be enjoyed.

La Llorona, or the “Weeping Woman,” is a chilling Mexican legend about the vengeful ghost of a scorned, filicidal woman who has haunted the dreams of Latinx children for centuries. In “The Curse of La Llorona,” first time director Michael Chaves gives the spine-tingling legend a modern film adaptation. “La Llorona” is the latest film out of producer James Wan’s Conjuring Universe and is chock full of well-executed jump-scares and horror clichés.

There’s a burden for films based on cultural folklore to get things right. To “The Curse of La Llorona’s” credit, an attempt was made. Stoic ghostbuster Rafael Olvera (Raymond Cruz) and bereaved mother Patricia Alvarez (Patricia Velasquez) are well-versed on the superstitions of La Llorona and speak unsubbed Spanish throughout the film. But, the source-material is reiterated ad nauseum. By the end of the movie, even neophytes of Mexican mythology will understand the legend of La Llorona.

Still, it’s obvious that the film’s ethnic themes have been watered down in order to make the movie more palatable to non-Latinx audiences. The main character, recently-widowed social worker Anna Tate-Garcia (Linda Cardellini), is a white woman who doesn’t have the first clue what “La Llorona” is. In fact, Cardellini’s Americanized pronunciation of the ghost’s name became a trending meme on Twitter. Her two half-Latinx children, Samantha (Jayne-Lynne Kinchen) and Chris (Roman Christou), have no apparent cultural ties to their heritage. Their Latino father is conveniently written out of the film, killed on duty as a police officer before the story starts. Ultimately, the Garcias are an unneeded middle-man between the ghost La Llorona and the Mexican exorcist, Rafael.

The film also struggles to capture the essence of 1970s Los Angeles. The costume design lacks any bell-bottoms or bushy mustaches. “La Llorona’s” idea of ’70s fashion consists of drabby cardigans, blazers and t-shirts. It’s not just the outfits that are drab, though. The film’s depiction of L.A. is way too dark and gloomy. Excluding an early shot of its skyline, nothing indicates that this is indeed the City of Angels. We really don’t get a feel of the time period until the last scene, when Rafael leaves the Garcia residence in an old-timey taxi cab through a sepia camera lens amid the backdrop of palm trees. Where was this in the rest of the movie?

The film’s biggest missed opportunity is La Llorona herself. While there are fleeting glimpses of how terrifying the revenant could be, she just isn’t that scary. Design-wise, the spirit is indistinguishable from other apparitions that appear in other Wan creations like “The Conjuring” and “Insidious.” She also just makes way too many appearances in the movie. By the third or fourth jump-scare, she lost most, if not all, of her mystique. Plus, it didn’t help that she was consistently thwarted by two young children and a helpless widow. By the end of the movie, there’s the feeling that La Llorona is a rather inept spirit.

Despite the film’s limitations, “The Curse of La Llorona” has two strengths. First, the acting is  solid. While Garcia’s character feels like she was shoehorned into the film, she is a convincing and enterprising presence throughout the movie. You’ll find yourself rooting for this otherwise dull protagonist thanks to Cardellini’s phenomenal acting chops. The supporting cast isn’t bad either. Kinchen and Christou perform an admirable effort as Garcia’s vulnerable children—Velasquez is frightening as the deranged Patricia Alvarez and Cruz is charming, dry and humorous. Second of all, the film does a sensational job with its jump-scares. Each tense moment is compounded by masterful delays. As the characters walk into dangerous situations, there’s an almost tangible sense of anticipation.

Ultimately, “The Curse of La Llorona” is a polished, but unimaginative Hollywood product. Rather than using its unique source material as an opportunity to venture into uncharted territory, the film retreats into many of the tropes, bells and whistles that made “The Conjuring” a box office success. With modern films like “Us” and “A Quiet Place” pushing the envelope in the horror genre, “The Curse of La Llorona” feels like a remnant of horror movies-past ghoulishly still haunting the year 2019. 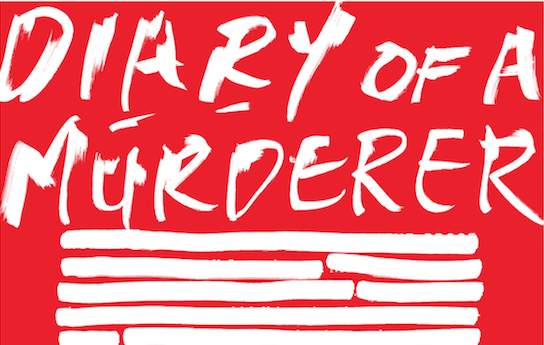 Byeongsu Kim’s first kill was personal. From a pillow, smooth, round rice grains spilled out onto the floor as his father’s last breath escaped his lips. With his limbs […]