It seems like every romantic drama follows the same basic formula: boy meets girl; boy and girl are separated by forces beyond their control; boy and girl are reunited under dramatic circumstances months or years later. If you’ve seen one, you’ve seen them all. But what if some modern political issues got thrown into the mix?

Set to hit theaters on May 17, “The Sun Is Also a Star” strives to bring some freshness to the age-old romance blueprint. Based on the young adult novel of the same name, “The Sun” follows pragmatic, aspiring data scientist Natasha Kingsley (Yara Shahidi) and college-bound, hopeless romantic Daniel Bae (Charles Melton) as they fall in love over the course of a single day. There’s one catch, though: Kingsley’s Jamaican-born family is scheduled to be deported the following morning. In addition to having to deal with the fact that the girl of his dreams is being forced to leave the country, Bae is wrestling with whether he should follow his heart and become a poet or listen to his parents’ wishes and follow through with medical school.

Throughout the film, Kingsley and Bae are faced with a series of life-changing choices. That’s right, this movie is deep and all about fate, and how we are all given only a certain amount of time to enjoy the many possibilities the universe has laid out for us. With Kingsley’s voice overs musing over everything from Carl Sagan’s perspective on the cosmos to quantum physics, the film does a more than thorough job of arguing that these two are indeed star-crossed lovers.

The cinematography of “The Sun” is clear and strong—it’s a modern lighting style that reflects the tastes of a new generation of moviegoers. Director Ry Russo-Young makes a point of showcasing the Big Apple as much as she does the couple’s budding romance. Her film is a tender love note to the red-bricked beauty of New York City.

As the two get to know one another more, the film dissolves into thoughtful montages of Kingsley’s and Bae’s family histories—look out for the bit about why so many small black hair care stores are Korean-owned—and puts into perspective the cosmic significance of the smitten pair. Though their families originate from different parts of the planet, they somehow managed to cross paths in the hustle and bustle of New York City.

However, there is a big, white elephant in “The Sun” that’s hard to ignore. Melton (well-known for his role as Reggie Mantle on the CW’s “Riverdale”) is a mixed Korean American, but plays a person of full Korean heritage in this film. It’s awkward pretending that he’s anything but during conversations with his very Korean mother, father and brother. Plus, he’s supposed to be 17 years old when he clearly is just … not. But, with those chiseled cheekbones, Melton is a boon to “The Sun” and is sure to melt even the iciest of teenage hearts.

Besides elements of the plot revolving around deportation and the struggles of being a first-generation Asian American, the movie is at times—shockingly—cliché. Granted, it’s hard to talk about romance without some eye roll-inducing one liners, but geez, sitting through that noraebang serenade … yeesh. Though the sweetness of this movie was too much for this unromantic grump, “The Sun” is no “Twilight,” and is sure to resonate with audiences of a certain age, like those of the Gen Z ilk. The core of “The Sun” is not anything special, but maybe this is a sign that the stars are aligning for more stories reflecting a modern America will soon be gracing the silver screen. 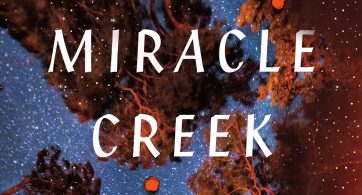 “Miracle Creek” begins with a lie. A small lie, but a lie nonetheless. What ensues in this slim novel is a courtroom drama that investigates the mysterious explosion of […]