“Miracle Creek” begins with a lie. A small lie, but a lie nonetheless. What ensues in this slim novel is a courtroom drama that investigates the mysterious explosion of a pressurized oxygen chamber and what can happen when one minor deception snowballs into a murder trial.

Angie Kim’s debut novel drops readers into a messy world of alternative therapies. It’s a place where people ride on the hope that their chronic illnesses can be cured with a bit of wayside science—specifically hyperbaric oxygenation, a therapy that involves the administration of pure oxygen to patients at higher than normal atmospheric pressure. Usually done in regulated pressurized chambers known as “submarines,” the treatment claims to cure everything from infertility to autism. Though the mention of “alternative medicine” might conjure up images of long-haired hippies, “Miracle Creek’”s submarine is run by a Korean immigrant family, the Yoos. The book draws on the author’s own experiences as a lawyer, her life as a Korean immigrant and her mother—a former submarine patient.

When the submarine explodes, the blast kills two people, including a young boy with autism spectrum disorder, Henry, and leaves Matt, a man being treated for low sperm count, without his right hand. The incident also partially paralyzes Pak Yoo, the father of the family, while his daughter, Mary, ends up with severe facial scarring. Those who managed to escape the blast are left emotionally traumatized by the incident. In the aftermath of the explosion, Henry’s abusive mother Elizabeth is put on trial by the Commonwealth of Virginia. No one involved in the submarine operation is untouched by the accident in one way or another.

The book is not divided by chapters, but by trial days. Each “chapter” is then further divided between the perspectives of multiple characters. “Miracle Creek’”s plot goes way beyond just the murders themselves, though. With an illicit romance stirring between the 33-year-old Matt and Mary, who is only 17, the novel is also one part “Lolita.” Kim has an expert knack for feeding readers clues like breadcrumbs, whether it’s about the Yoos’ family history, Elizabeth’s struggle to raise an autistic son or the actual identity of the murderer. As characters scramble to cover for themselves and their loved ones, secrets about the Yoos and their circle of patients and friends are slowly revealed. True to courtroom drama form, the end of each trial day ends with a cliffhanger that makes turning the page oh-so-tantalizing.

Perhaps one of the most interesting facets of “Miracle Creek” is its exploration into the fragility of traditional gender roles. As Pak Yoo is thoroughly cross-examined by prosecutors during the trial, a web of lies that he has spun over the years is exposed. His resolve to stick with the traditional archetype of the resolute Korean patriarch becomes his undoing. A man of few words who strongly desires to protect his family, his deception ultimately leads to his own and his business’s downfall. His wife Young, on the other hand, is the rock of the family, and her chapters indicate a perceptive and observant character. With her affinity for underage drinking and smoking, Mary ain’t no pushover either.

A key element of what makes “Miracle Creek” so compelling is Kim’s gift for irony. The entire novel is tinged with the ironic. Oxygen, which is so necessary for life, ends up being a fatal, volatile substance. Mary, a young girl, ends up romantically involved with a much older man—the husband of Janine, a woman who was like a big sister to her. Through her expert use of irony, Kim is able to flesh out the full humanity of her characters.

Nearly everyone in “Miracle Creek” lies and mostly for good reason: to protect the ones they love. But, as events slowly unfold, it’s clear that sometimes it’s better to just tell the truth. Set amidst the U.S. justice system, Kim explores the deepest, darkest and most untamed facets of the human psyche through her riveting tale of murder. “Miracle Creek” is a thrilling, page-turning story of how even the most well-intentioned white lie can lead to an explosive outcome. 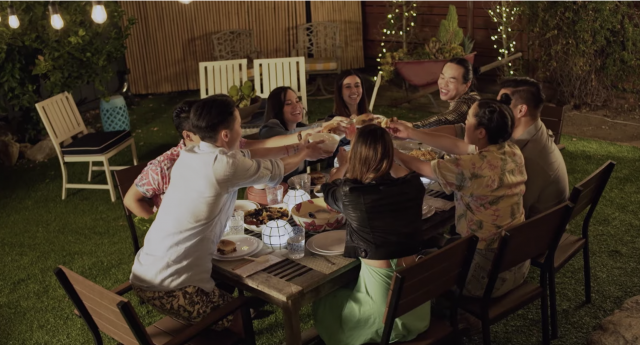 Foodies have something new to look forward to. “Family Style,” a 12-episode, unscripted series produced by Asian American YouTube channel You Offend Me You Offend My Family aka YOMYOMF, […]