“The Joy Luck Club,” “Crazy Rich Asians” and “Shang-Chi and the Legend of the Ten Rings”: there’s no doubt that these three movies tend to come to mind when speaking about Asian American representation.  But Jeff Yang, Phil Yu and Philip Wang have made it their goal to ensure that hundreds of other pieces of Asian American media get the recognition they deserve.

“Rise: A Pop History of Asian America From the Nineties to Now” was released today, March 1. The book spans nearly 500 pages and encompasses a variety of topics, from the hot spots of K-town to the complexities of the Asian American identity. Not only will the book cover the history of AAPI culture, it will also include interviews and essays from multiple AAPI public figures like Jeremy Lin and Ronny Chieng. “Rise” is described as a love letter to all the achievements and struggles our community has seen in the last three decades.

All three of the authors have been outspoken proponents of Asian American representation throughout their respective careers. Yang is a journalist who has written about the AAPI experience for outlets such as CNN, The Wall Street Journal and The San Francisco Chronicle. Yu, meanwhile, has covered Asian American news and pop culture for the past 20 years through his blog, Angry Asian Man. Last but not least, Wang, the filmmaker behind Wong Fu Productions, has long been an advocate for more AAPI creatives behind and in front of the camera.To catch up on 30 years of Asian American history, be sure to check out “Rise: A Pop History of Asian America From the Nineties to Now,” available on Amazon today! 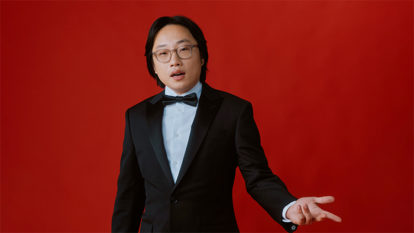