Is there anything this man isn’t doing?

In his latest culinary venture, chef Roy Choi is partnering up with San Francisco chef Daniel Patterson to launch a new chain of fast food restaurants called Loco’l. The chefs made the announcement on Monday at MAD4, the fourth annual Copenhagen conference for chefs, cooks and farmers.

“We want to go toe to toe with fast food chains and offer the community a choice,” Choi told Inside Scoop SF.

“Price point, culture, design, hospitality, relevance and most of all flavor. We will be using all our sciences and knowledge and sixth sense as restaurateurs/chefs to create a concept people love and a menu they crave, but keep it all in the pocket, keep it all affordable and delicious, and speak to what the people want.”

All items on the menu will range from $2-$6 in order to compete with places like McDonald’s and Burger King. The recipes will be prepared by Patterson, who owns the Coi in San Francisco and has appeared on PBS’s Mind of a Chef. According to LA Eater, dishes will include burgers made with a beef and tofu mixture, salads, rice bowls, and “cross-cultural” items like falafel and tacos–the latter of which Choi knows a thing or two about.

For the lucky NorCal folk, Choi and Patterson plan to open the first Loco’l branch in San Francisco in spring 2015, and Los Angeles will get its own a few months later.

“High-level chefs have an opportunity to do much more than just cook for the few people who can afford it,” Patterson said in a blog post on the MAD website. “We can create real change, in this case, by building a better business. As much as thoughtful articles and speeches and books are important in shifting how we think, they are not going to solve the food problems we have in our country.

“If we can open profitable restaurants that are inexpensive and serve delicious food made with real ingredients; if we bring new options to places that currently lack quality food; if we cook with heart; if we create an environment of warmth, generosity and caring; if we value the people with less money just as much as the ones with plenty, we can make a difference.”

At last year’s MAD conference, Choi emphasized social responsibility among chefs to bring delicious, healthy food to people in need. And as busy as he’s been, especially with the recently opened Commissary restaurant at the Line Hotel in Koreatown, where he also has Pot, Pot Cafe and Pot Bar, the chef appears to be doing his part to carry out that vision.

Last year, Choi opened the 3 Worlds Cafe in South Central Los Angeles, which is often referred to as a food desert because of the lack of healthy food options available in the area. With its fresh juices, smoothies and coffee the goal was to bring healthy, delicious options to a place where chefs and restaurants normally kept away from, as well as provide a place for local youth to frequent.

Choi said Loco’l was the beginning of a “ripple movement,” and like the inspiration for its name, it’s going to be crazy.

“Loco–we are crazy to do this and you’re crazy to believe it,” he said. “Local–it’s about the community and everyone, not just the ones that can afford it. Loco’l.” 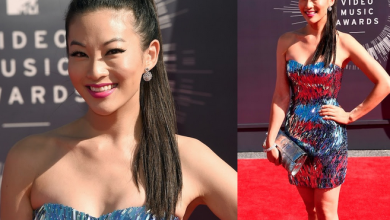 The beloved Arden Cho, who was featured in our Spring 2014 issue, turned heads on the red carpet at the MTV Video Music Awards on Sunday, August 24, […]