Early humans played with sticks and stones. Modern selfie-takers play with sticks. The next stage in selfie-taking evolution, obviously, has to be a selfie drone.

SamMobile reports that Samsung is currently working on something under the name, “Project Selfie Camera Drone.” There aren’t many details available, but as we seem to say with all of Samsung’s new products, it could be the “next big thing.”

There is a fair amount of consumer interest in drones these days, and some of the newer models are pretty darn cool. The Lily Camera, considered the “world’s first throw-and-shoot camera” that follows you around, caught the attention of the Internet a few months ago. If Samsung actually develops a selfie-taking drone, then there might be a market for it among sports junkies and adventurers.

You can watch a video of the Lily Camera’s features below:

Ramenia 21 Is the Future of Instant Ramen 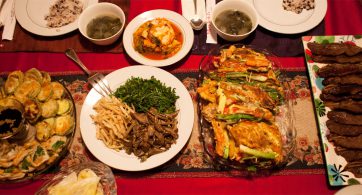 My parents are immigrants from Taiwan, so I was fortunate enough to grow up on my mom’s great cooking. Now you may not think this is such a […]