On Tuesday, San Francisco became the first city to challenge the legality of President Donald Trump’s recent executive order to cut funding from cities that offer protections to undocumented immigrants. The lawsuit against Trump was filed just days after Mayor Ed Lee pledged to preserve San Francisco’s status as a sanctuary city.

“We are a sanctuary city now, tomorrow, forever,” Lee said in his State of the City speech on Jan. 26, and received a standing ovation.

Lee’s hope that Trump’s order could be rejected through the legal system will be tested by the lawsuit, which was filed by City Attorney Dennis Herrera. Herrera, who is well-known for his longtime advocacy for same-sex marriage in California, said that the “order is not only unconstitutional, it’s un-American.”

It was a signal of strong defiance against Trump, whose order targets cities that have policies limiting local police from cooperating with federal deportation forces. Per the White House, the order embodied Trump’s commitment “to protect America’s borders and end the lack of compliance with immigration laws.” It was applauded by many Republicans who believe that sanctuary cities foster crime by shielding criminal illegal immigrants from being deported.

Conversely, Lee believes that sanctuary policies make cities safer. His views align with many local law officials nationwide, who claim that the threat of deportation prevents immigrants victimized by crime from reporting to the police.

“Our city is still a sanctuary city,” Lee said to reporters on Jan. 25, hours after Trump signed the order. “And we are going to remain a sanctuary city precisely because the purpose is to keep everybody safe.”

“A safer city is a city that doesn’t allow its resident to live in fear,” Lee continued. “I think everybody regardless of their status should have not only the right, but not live in fear for being able to report to the police department things that are happening to them that require some action or getting their healthcare that they deserve or getting the benefits that we offer as a city.”

Besides challenging the legality of the order, San Franciscan officials are now looking for a means to circumvent the budgetary fallout. The city, which receives $1 billion of its $9.6 billion budget from federal funds, could suffer in areas as diverse as housing, health and aid to the homeless. The magnitude of the looming cuts is unknown, but Supervisor London Breed has formed a committee to evaluate prospective damages and form solutions.

With this defiance, Lee joins a defiant group of mayors nationwide vocalizing their defiance of Trump’s immigration laws. These officials, who hail from major cities such as Chicago, Los Angeles and New York, as well as smaller cities such as Syracuse and Austin, Tex., have pledged to carry on defending the rights of undocumented immigrants despite the threat of federal budget cuts.

“We’re going to defend all of our people regardless of where they come from, regardless of their immigration status,” New York Mayor Bill de Blasio said. 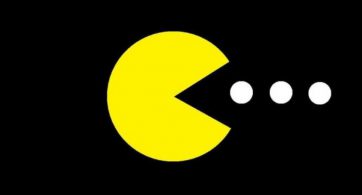 It’s a sad moment for those of us who frequented video game arcades during the ’80s and ’90s, playing coin-operated gems such as Pac-Man — the game’s “father” and […]