As much as I love Grey’s Anatomy, I will admit that my loyalty to the show has wavered a bit since the departure of Sandra Oh’s character, Cristina Yang. While the show hasn’t gone down in quality (it still leaves me on the edge of my seat), a fan can only take so much heartbreak. After all, when a show begins to rival Game of Thrones when it comes to suddenly saying goodbye to pivotal characters, I begin to grow wary.

Thankfully, ABC recently reminded us of what fans are calling “the good ol’ days” by re-airing the show’s pilot episode. During the airing, Grey’s Anatomy creator Shonda Rhimes tweeted about a particular scene where Cristina Yang assumes Meredith Grey (Ellen Pompeo) received the privilege of scrubbing into a surgery simply because she slept with the attending neurosurgeon Derek Shepherd (Patrick Dempsey). Angered by the circumstances, Yang says the infamous line, “If you wanna be a shark, be a shark.”

Moments later, Oh replied to Rhimes’ tweet and revealed to fans that the scene was much more important to her career than we ever knew. “That shark line, it was my audition scene,” Oh tweeted.

@shondarhimes, @margopossible – that shark line, it was my audition scene

We’re absolutely delighted to discover that Oh got her part by showing off the Cristina Yang sass and brutal honesty that we’ve all grown to know and love. While it’s easy to miss Cristina Yang– there are even 10 GIF worthy reasons to miss her —  it’s comforting to know that Oh is quite happy about about Cristina Yang’s departure and even more happy about where her own career is headed.

“I feel like I’ve completed my job. Working with the writers, we’ve unearthed every stone,” Oh told us in our Summer 2014 issue. “I just haven’t felt that there’s been another show that has brought so much light to a different type of casting as ours did. It’s the magic of time. It was the right time in society, in the culture. It was the right grouping of people.” 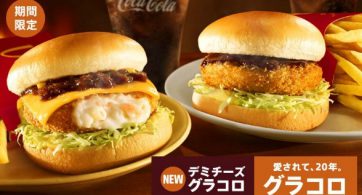 We first explored KFC menu items that can only be found in Asia, but what about the rest of the well-known American fast-food chains? There are so many […]