Look out world, we have some visibility coming in hot.

The Human Rights Campaign has recognized comedian and actor Bowen Yang’s work on Comedy Central’s “Saturday Night Live” as inspiring representation for the LGBTQ community. In an HRC announcement, the organization’s president said, “Through his hilarious representation on and off the screen, Bowen Yang is inspiring LGBTQ young people and many others to embrace their authentic selves.” To honor his contributions, the HRC is presenting Yang with the Visibility Award.

In his stand-up specials, Yang frequently touches upon the struggle of coming out to his immigrant parents. At the age of 17, Yang’s parents arranged for him to attend eight sessions of gay therapy. Now, he’s the first openly gay Asian American comedian on “Saturday Night Live.”

Yang’s humble sentiments towards his parent’s acceptance of modern ideas resonate strongly with many first generation Asian Americans, especially those going through their own struggles with their family. “Both my parents are doing a lot of work to just try to understand and I can’t rush them,” Yang recently told “The New York Times.” “I can’t resent them for not arriving at any place sooner than they’re able to get there.”

Yang is set to receive the Visibility Award at the 2020 HRC North Carolina Dinner on Friday, Feb. 22. 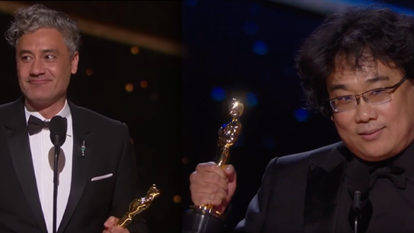