Sendhil Ramamurthy will star in a new indie drama-comedy series called “Shotgun,” according to Deadline.

Maika Monroe and Jeremy Allen will lead the series, as a couple that “develops a fast relationship after one of them is diagnosed with a life-changing illness.” Ramamurthy plays Monroe’s attractive and friendly boss.

The 42-year-old actor has been a fan favorite since his breakout role as Mohinder Suresh, a scientist who eventually gains evolved abilities, on “Heroes.”

He’s since been a series regular on “Covert Affairs,” and been seen in other TV shows and in film, from “Beauty & the Beast” and the “Heroes” reboot to “Shor in the City” and “It’s a Wonderful Afterlife.”

“Shotgun” is written and directed by Hannah Marks and Joey Power. 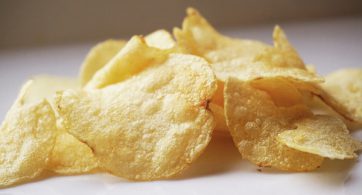 Potato chips are becoming a rare commodity in Japan. Convenience stores and grocery store shelves are being cleared out by potato chip fans after Calbee and Koikeya, two of […]