Six out of 14 autonomous private high schools in Seoul will be stripped of their privileges for failing to carry out a proper curriculum that ensures fairness in education, said Seoul’s education chief Cho Hi-yeon on Friday.

According to Yonhap, the decision to revoke the schools’ elite status came after the six schools failed to accept the Seoul Metropolitan Office of Education’s (SMOE) offer to forfeit their right to admit students based on test scores.

“I’ve decided to cancel the designations of six autonomous private high schools and delay the cancellation for two other schools that showed a clear desire to improve themselves,” Cho said in a press conference at the Seoul education office. He reiterated his election pledge to ultimately phase-out the elite school system and said he will aim to revoke student selection privileges for all autonomous private high schools by 2016.

His statement has spurred outrage among the elite high schools as well as the Ministry of Education, which called Cho’s decision an abuse of power and ordered him to immediately cancel the measure.

Among 25 autonomous high schools in Seoul, 14 were up for re-evaluation after Cho questioned the results of their assessments and added a “general evaluation” feature in July. On Sept. 4, the SMOE announced that eight of the 14 schools failed to reach the minimum score needed to retain their elite statuses in the new evaluation and would be removed from their appointments.

Ahead of Cho’s announcement on Friday, the Association of Principals of Autonomous Private High Schools held a press conference at the Seoul education office to voice their opposition to their demotion and threatened to take legal measures against the SMOE.

“Canceling (the status of) autonomous schools was based on Cho’s completely arbitrary evaluation and was an abuse of his position. We will never accept it and all legal educational responsibility falls on the education chief,” Kim Yong-bok, the principal of Paichai High School, told the Korea Herald.

The autonomous school system was first introduced under former President Lee Myung-bak administration as part of his effort to encourage competition among schools. South Korea has about 50 autonomous schools nationwide, and half of them are located in Seoul. In addition to selecting students based on their middle school test scores, these elite schools have the privilege of charging exorbitant tuition fees instead of relying on government support.

They have often been criticized for running curriculums that solely focus on college entrance exams and negatively influencing public education. 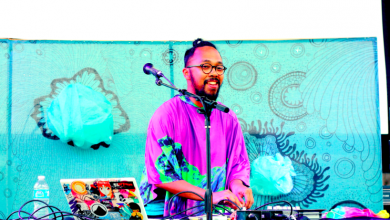 We’ve often heard that music can be made with anything, but usually we don’t take that literally. My guess is that you’ve never imagined using sushi, cactuses, cats […]