Hee Seo (pronounced SUH) considers herself a “normal, 28-year-old girl living in New York City.” She sees friends, tries new restaurants and loves Broadway shows. But not many 28-year-olds can profess to be a principal dancer—the highest rank—for one of the most renowned ballet companies in the world.

The South Korean-born dancer is one of a handful of principals for American Ballet Theatre, which, in early March, staged a production of The Sleeping Beauty at Segerstrom Center for the Arts in Costa Mesa, Calif., during a rare West Coast swing.

Seo dazzled in the role of Princess Aurora, dancing opposite Cory Stearns’ Prince Charming. The production, a restaging of the timeless classic by ABT artist-in-residence Alexei Ratmansky, will be performed at New York’s Metropolitan Opera House in May and June.

Seo, a Seoul native, began ballet lessons at age 12 without any thought of going professional. After she was awarded a three-year scholarship at 13 to attend Universal Ballet Academy (now the Kirov Academy of Ballet) in Washington, D.C., her artistic career took off. Seo studied at the John Cranko Ballet Academy in Stuttgart, Germany, on scholarship before being invited to join the ABT Studio Company, a training ground for aspiring young dancers, in 2004.

It wasn’t easy at first. Having trained under a Russian syllabus, Seo had to learn the American style and approach to ballet. But with the help of her mentors, she was able to adapt, even battling through a back injury. Seo climbed the ranks at ABT, first as an apprentice, then as a member of the corps de ballet. She was promoted to soloist in August 2010, then to principal dancer two years later.

Seo’s breakthrough year was 2009, when she performed female leads in Romeo and Juliet, La Sylphide and On the Dnieper. Her style has been described as lyrical and open, her physical proportions “textbook.” “Her dancing and fluid line exude an unhurried purity that sums up all that is lovely about ballet,” New York Times’ dance critic Gia Kourlas wrote in 2013.

Seo spoke with KoreAm by phone just a day after the first of her two performances of The Sleeping Beauty in California. She discussed her life as a dancer, her love for the craft and how her family keeps her grounded.

The interview has been edited for length and clarity.

Seo dances in Giselle in 2012. (Photo courtesy of ABT)

As a ballerina, what is the most important aspect of yourself that you bring to a performance like this?

Seo: I want them to be completely lost in the ballet, the show, and not think about what they have done that day, or the stress or the problems they had before—just enjoy. Ultimately, ballet is about love and human feeling.

Do you ever “lose yourself” in that as well?

I try to. That’s my ultimate goal. There are so many things that I need to be aware of: the lighting, the set, costumes, people around you, the steps. You try to be en pointe, on your toe, on balance. There’s a lot of things going on in my head.

I’ve been working with ABT for almost 10 years now. I think over the course of that time, I tried and learned how to lose myself in that and not think about other things—just like what I ask of the audience.

Who have been your biggest influences?

My coach, Irina Kolpakova, she’s a legendary ballerina from Mariinsky Theater in Russia. She’s my coach, and I’ve been working with her since I joined the company, she’s my biggest influence and mentor. I think she knows more than I know about myself, because we really share a lot of time in the studio and outside of the studio. I tell her everything. She’s 80 years old—she just had her birthday. She’s the most positive, energetic person I’ve ever met in my whole life.

When I come into the studio, sometimes I’m tired and I don’t want to do anything. But when I see her, she’s like, full of energy—she fills you with that positive energy. I learned how to carry myself with positive energy from her.

Also, all the dancers from ABT—people who just stand on the side, or who aren’t even dancing en pointe, they’re always supporting me when I’m dancing. They always do their best to bring the best performance on stage.

Finally, there are three [principal] ballerinas who are retiring this year. … [They] were great dancers who made this company very famous and on the top level. Now, they’re on their way out, and there’s a new corps of principal dancers, and I have to carry that weight on my shoulder.

What was the hardest aspect about joining ABT?

When they come to ABT, you have to start from the back of the line, and then you slowly learn where you really stand in the professional ballet world, not back in school.

I know some people get annoyed when young dancers come in and they do their own thing, and they aren’t aware of senior dancers, but I always think, give them a little time. They will learn by themselves. I think I was like that. I just didn’t know; it’s not that I was a big-headed diva, but I just didn’t know what to do and what it was like to be a professional dancer.

Everyone adjusts, and that takes some time. The company is filled with great, kind people. Everyone is willing to help each other. I think the environment is very healthy and happy.

What are some of the strengths you recognize in yourself?

Actually, yesterday afternoon, Kevin McKenzie, our artistic director, came in and told me, “You could improve your [emotional gestures].”

I saw myself on video, and I thought that I was doing extra gestures. I thought I was losing the [grace of] classical ballet, so I actually wanted to hold it back a little bit. Kevin said, “It’s impossible not to be graceful for you, so I think you can do a little more.” It was a big compliment.

I have the grace of classical ballet innately, because I was trained in classical ballet. But I think I need to work on powerful steps, like out of my box, more excitement in my dancing. That’s what I’ve been working on with my coach.

What keeps you going?

I love what I do. (laughs) It sounds so cheesy, but I really do. I love waking up in the morning, going to the ballet studio.

After a performance like last night, how tired do you get?

It depends on the ballet, and for the ballerinas, every performance is challenging. In particular, Sleeping Beauty and Swan Lake, they’re really hard on the body because the steps are really challenging. The hours—running full force for a few hours is quite tiring, with the costume changes, and my nerve is going. Our legs get shot.

For me, after the performance, I still have that excitement, it’s still going. Last night, I couldn’t go to bed until like 4 a.m. My body was tired, but I woke up at 7.

You get used to it, like how basketball players, they run and work like crazy. But they train that way. Their body works like that. And we are the same way—we work hard, and we train this way.

How do your parents react to your performances now? Do they still worry over you?

They do. All my family lives in Korea, so it’s a long trip to see me.When they visit me, they clean my apartment for me, laundry, cook—I love it, I enjoy it.

I left for ballet school when I was 12 or 13, so they still think of me as that teenage girl. They’re always concerned about me day to day. We have our family group chat on KakaoTalk, and my mom always says, “Have a good show! Are you eating properly? How’s your body?”

Sometimes, I’m like, “Mom, I’m old enough.” I’ve lived by myself for a long time, so I’m OK, but sometimes I like that. When I got to work or elsewhere, I have so much pressure, and I have to be on top of everything. When I go home, I can be their daughter, I can be taken care of. At first, I didn’t like it, but now I love it. 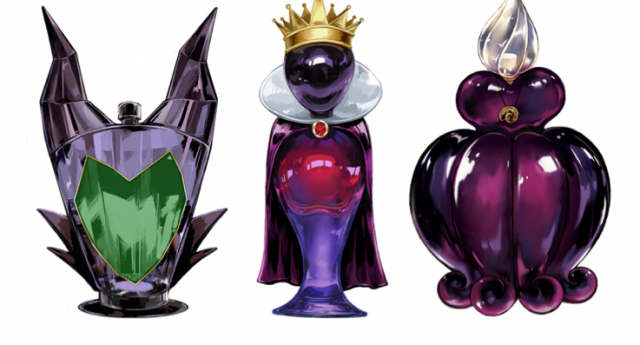