“Who killed Koreatown?” is a campaign to support the federal lawsuit against the wrongs perpetrated in the most recent redistricting process of the city of Los Angeles. In 2012, the city’s Redistricting Commission voted to split Koreatown across two separate districts, despite thousands of residents advocating to keep Koreatown whole throughout the hearing process. Instead of drawing district lines based on population changes and communities of interest, the commission manipulated district boundaries based predominantly on race to advantage future council elections, which is unconstitutional under the Equal Protection Clause of the U.S. Constitution. This illegal act of gerrymandering deprived Koreatown residents the opportunity to elect a representative of their choice.

The following is an abbreviated version of an article prepared by the Council of Korean Americans:

As the executive director of the Korean American Coalition (KAC) in Los Angeles, Grace Yoo has been involved in many campaigns to protect and rebuild Koreatown. But the Koreatown redistricting fight is unique. “Korean Americans represented a third of all the people who showed up to over two dozen hearings,” she said. At more than one hearing, though Korean Americans were the first to sign up for public testimony, they were bumped to the very end of the line, waiting for hours to speak.

Not all fights face such ugly opposition. It took KAC and its allies two-and-a-half years to bring a new police station to a K-town neighborhood in order to improve access to a largely immigrant community. Now the Los Angeles Police Department’s Olympic Police Station anchors a model police district, with lower crime rates and an engaged community.

Redistricting may take longer. “This is really a six to eight year process, which began in 2012,” Grace said. But she added, “We have to fight this all the way through. A seat at the table is being denied.” The consequences of not having a seat at the table can be devastating.

On April 29, 1992 (Saigu), Grace was a 21-year-old campaign coordinator for Mark Takano’s first race for Congress. She remembers the day they held an event at their new campaign office in Riverside, Calif. She was standing next to her candidate, watching a smokey, purple haze rising from the Los Angeles skyline. She turned to Takano and said, “I’m going to have to leave the campaign for a little while.”

As she worked side-by-side with other community activists to protect life and property during the riots, she will never forget the sense of abandonment by our government, how no one came to their rescue. It explains why this redistricting fight is important to her. It represents political power, which the community lacked during its hour of need.

This post was sponsored by KAC-NA, which is part of KoreAm’s Community Network, a section reserved for local and national nonprofit organizations. The opinions expressed here do not necessarily reflect the views of KoreAm.

KAC-NATIONAL
Korean American Coalition-National
The Korean American Coalition (KAC) is a non-profit, non-partisan, community advocacy organization. Established in 1983, its mission is to facilitate Korean American participation in civic, legislative, and community affairs, encouraging the community to contribute to and become an integral part of American society. In 1993, the first step towards national representation began, and KAC National was created to launch, support, and lead chapters to collaborate as a nationwide, unified voice. 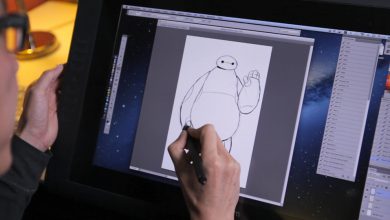