The star of the Harold and Kumar trilogy and Star Trek

franchise told E! News that his wife, actress Kerri Higuchi, has given birth to a baby daughter.

The couple, who married in 2006, already has a 4-year-old son named Kage. No further details were available.

Cho, 40, is currently starring on the small screen in the Matthew Perry sitcom “Go On

” and also has a role in last weekend’s No. 1 movie, Identity Thief. He will reprise his role as Sulu in the second installment of the rebooted Star Trek franchise, Into Darkness.

Check out Cho on the cover of KoreAm‘s November 2011 issue:
Harold, Kumar and the State of Asian American Media 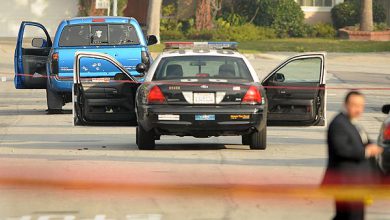 **UPDATE** Despite multiple reports saying the women were Asian, the Los Angeles Times is now reporting the victims are Latina. ** An elderly woman and her daughter were delivering newspapers in […]