Hold onto your hats, Ludi Lin fans. It looks like the “Power Rangers” actor is gearing up to kick @ss at a theater near you.

Rumors have circulated within recent weeks about negotiations to bring Lin into the latest adaptation of the 90s video game. Although the news hasn’t been officially confirmed yet, Lin announced his casting via social media and received congratulations from fans as well as fellow Asian American actors like future “Shang-Chi and the Legend of the Ten Rings” actor, Simu Liu. The announcement comes a few months after his performance as a “Mortal Kombat”-esque video game character on a titillating episode of Netflix’s “Black Mirror.”

Lin is taking on a long legacy when he will don the red headwrap in March 2021. A Shaolin monk sent to save the Earthrealm, Liu Kang first appeared in the game in 1992 and has since become a beloved favorite character of Asian American geeks. But Lin isn’t the first to take Kang to the silver screen. In earlier adaptations, Kang was played by legendary actors Robin Shou (“Beverly Hills Ninja”) and Brian Tochi (“Star Trek: The Next Generation”). 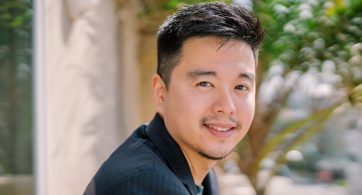 A 79-year-old grandma gamer, a “streets barber” that gives homeless people fresh cuts and a hootin’-hollerin’ vendor who sells produce out of his truck are just a few of […]