A pioneer for changing the way Asians were viewed in Hollywood, Bruce Lee’s “legacy of inspiration” inspired “The Bruce Lee Project.” It seeks not to find the next Lee, but to influence a generation of individuals molded after Lee’s iconic beliefs that true warriors “are physically accomplished but, more importantly, thoughtful and spiritual individuals who push themselves to achieve highest human potential.”

“It is exciting to see this legacy of inspiration have the opportunity to reach a new generation in ‘The Bruce Lee Project,’” Keanu Reeves, who helped conceive the series, said in a statement.

Both male and female martial artists are set to train together at the Bruce Lee Center with mentors who will help guide them to mental, physical and emotional strength.

“We are very excited about this project,” said Suresh Venkatachari, founder and chairman of 8K Miles Media Group. “It fulfills a vision of our company by bridging the entertainment industry of South Asia with Hollywood. What better icon for this major step than a martial arts expert who successfully bridged the gap between East and West?”

The 13-episode series strives to satisfy audience needs for a competition that is both inspirational and positive.

Presented by So You Think You Know Kung Fu LLC — the joint venture of Reeve’s and Stephen Hammel’s Company Films, Shannon Lee’s Bruce Lee Entertainment, Benaroya Pictures, Metan Global Entertainment Group and 8K Miles Media Group — the show will be distributed for five seasons in India, Pakistan, Nepal, Bangladesh, Sri Lanka, Dubai, Saudi Arabia and the United Arab Emirates. It is set to debut in multiple Indian languages across the globe in 2018. 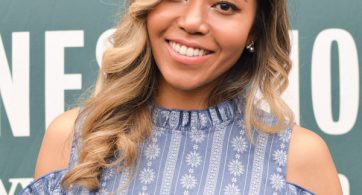 Put Ameriie in an empty room and tell her to relax, and she just might go crazy. Because as the recently published author and “1 Thing” singer tells it, […]