Though he may have gotten his showbiz start on reality TV, Filipino actor-singer Sam Milby has proven that he’s much more than just a pretty face.  The 29-year old, Ohio-raised Milby first caught eyes on the first season the Philippine’s edition of Big Brother back in 2005.  Though he didn’t win the competition, he certainly grabbed the nation’s attention with his charming looks and personality and has kept it ever since.

After signing with ABS-CBN’s Star Magic talent agency, he’s since released a string of hit records (with his stripped-down, guitar-laden sound earning him the nickname “Prince of Romance” and “Rockoustic Heartthrob”) and starred in numerous Philippine blockbuster films and hit dramas, including the recently ended Huwag Ka Lang Mawawala.  His next project is another film entitled The Gifted, where he’ll be reunited with former girlfriend (and Philippine superstar) Anne Curtis — a definite must-see for fans of the Sam-Anne tandem.

While he may be in a real-life love battle to win the heart of it-girl Jessy Mendiola, he certainly has earned his place in our eyes as one of the hottest guys in the industry today and the title of today’s SHAG.  Find out why below!

Check out any of his editorials — he’s mastered the brooding model pose and looks amazing while doing so.

He knows how to rock a suit…

…and suits while wearing glasses.

He’s business-savvy, having invested in music an concert ventures and most recently becoming a co-owner of a German restaurant and pub called Prost, located at the Fort Strip in Bonifacio Global City.

He’s a proud pinoy, doing his part to promote tourism outside of his acting and singing gigs (see left).  But humor aside, he even walked the red carpet at the Cannes Film Festival in a barong, a traditional, embroidered shirt from the Philippines (see right).

Need we say more?  If so, just take a peek at the pictures below.  Like they say, a picture is worth a thousand words — so we’ll give you two thousand, just because we can. 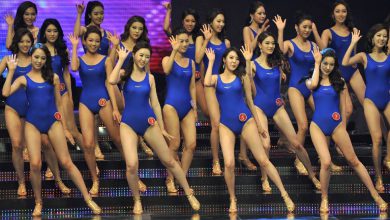 Story by Steve Han. Miss Korea, South Korea’s national beauty pageant, was hit with a bribery scandal after a participant’s mother allegedly paid off a judge to put her […]