From starring in “The Farewell” to appearing on “TIME”’s 100 Next list, Awkwafina is living her best life. Her character on her new Comedy Central series, “Awkwafina is Nora from Queens?” Not so much.

The star- and expletive-studded trailer shows Awkwafina in the titular role of Nora, a Queens native in her late 20s who’s trying to get it together and find her purpose. Based on Awkwafina’s real-life experiences, the show also features Lori Tan Chinn (“Orange is the New Black”) as Nora’s potty-mouthed grandma, while B.D. Wong (“Law & Order: Special Victims Unit”) plays Nora’s father and “Saturday Night Live” veteran Bowen Yang portrays her more successful, but equally sarcastic cousin.

If that weren’t enough good news for you, the show has also set a release date of Jan. 22, 2020, giving us another exciting Awkwafina project to anticipate in the new year. You can watch the trailer here: 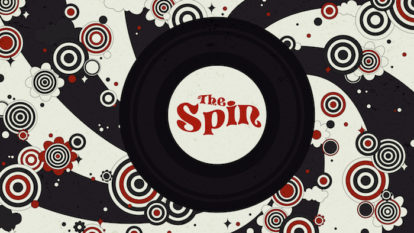 As the weather finally cools down and Southern California has its first rain of the season, it’s time to relax with a mug of hot chocolate and a chill […]