Out of all the places to open a hip new L.A. hotel, why would one choose Koreatown? Because it’s apparently “cool” now to be Korean.

What would you do if you were a hotshot real estate developer, with a reputation for producing stylish boutique hotels frequented by today’s class of cool kids, looking to build your first property in Los Angeles proper? Well, if you’re Andrew Zobler, the man behind the Ace Hotels in New York and Palm Springs, you would turn to hotshot chef Roy Choi, the culinary mind behind the Kogi food trucks and a growing empire of restaurants throughout the city.

It’s just that Choi basically told him this: not interested. “It felt like a real job again,” said Choi. “That’s the truth. It had everything to do with the fact that, ever since Kogi happened, Kogi bought me freedom. I don’t have to do anything I don’t want to do in life, and that’s a very rare thing to have. And once you have it, I felt like this project would be giving that freedom back.”

Zobler, of course, persisted, and now Choi is running not just one restaurant but two, named Pot and Commissary (the latter will begin serving a fruit and vegetable-focused menu later this year), as well as a bakery and a bar in the lobby of the Line Hotel, which recently opened on Wilshire Boulevard in the heart of Koreatown. It just made Condé Nast Traveler’s 2014 Hot List of the 33 best new hotels in the world for essentially oozing style and bringing in “some of L.A.’s coolest and most innovative minds, including street food king Chef Roy Choi,” said the write-up.

Choi is not the only talent that Zobler has tapped to make the Line a destination not just for travelers but also for Los Angeles locals. The Houston Brothers, noted nightlife impresarios with bars and lounges mostly in Hollywood, will operate a club/lounge called Speek. And retail outlet Poketo, co-founded by Korean American Angie Myung and her husband Ted Vadakan, opened their second store in the hotel. With these collaborators on board, Zobler has in line (bad pun intended) multiple pieces to attract even more people, including the cool and hip, into Koreatown.

But the Line is not the only hipster game in K-town. In fact, on the very same block is the Normandie Hotel, another recently renovated boutique establishment, which has its own coolness credentials: a soon-to-open bar from Cedd Moses, who’s a central figure in turning Downtown L.A. into a teeming nightlife destination, with spots like the Golden Gopher and Broadway Bar.

So get ready, Koreatown, for an invasion of skinny jeans.

It’ s a stark contrast to nadir: the fires and looting of the 1992 L.A. riots. There was little consideration paid to the concerns of Korean Americans at that time. Back then, there was a sense that Koreatown was under siege, with Korean Americans forced to barricade themselves from what felt like relentless attacks not only from looters but also politicians and the media. Those memories have not faded, including for those involved with the Line.

Jonnie and Mark Houston, twins from a German-Irish father and a Thai-Chinese mother, grew up living in Koreatown. In fact, Jonnie’ s best friend at the time was a Korean American whose parents’ liquor store was destroyed in the riots. Poketo’ s Angie Myung, who’ s from the L.A. suburb of Diamond Bar and was in high school in 1992, remembered going to Koreatown after the riots and seeing all the burnt stores. “It felt like an apocalypse that happened,” said Myung. Despite all that they lost, many Korean American business owners chose not to abandon the neighborhood, but to rebuild. And Koreatown today, which has also seen an infusion of investment from South Korea, is not only bigger but still expanding and thriving, most notably for its restaurants and a nightlife that runs well past last call and into the early morning. There’s one other noted difference from the days before the riots: Koreatown is more welcoming to non-Koreans. Some restaurants today still have menus only in Hangeul, but their numbers appear to be in the decline.

“[The riots] brought some positive changes. The Korean immigrants that owned businesses there saw that they couldn’t survive on their own island,” said Myung. “They realized they had to open up. And not only that, but it was actually very profitable and successful for them the more they opened.”

“If you weren’t Korean, they wouldn’t let you in. It was very closed off to non-Koreans,” said Jonnie Houston. “When you walk up to a door and you don’t speak Korean, they’re like get away. A lot of that has changed. It’s a lot more friendly to everybody now.”

The Houstons also noted that Koreans have been innovative when it comes to operating dance clubs. “Korean culture has brought to the table bottle service and the little bells that you press for service,” said Mark Houston, referring to how non-Korean clubs have adopted these practices.   These Koreatown factors, and the availability of what was most recently called the Wilshire Radisson Hotel, a mid-century modern design from architecture firm Daniel Johnson Mann & Mendenhall built in 1964, is how the Line came to be. “We loved the vibrancy of the neighborhood and the architecture of the building,” said Zobler in an email interview, as to why he chose Koreatown, and not, say, Venice or Hollywood, areas that might better fit the sensibility of his past developments. (Zobler’ s company, the New York-based Sydell Group, was not involved with the new Ace Hotel that recently opened in Downtown.)

“Koreatown is a very special L.A.- only place,” said Zobler. “We love what is coming out of this community and out of Korea culturally, and the food—we love the food. We also love that the neighborhood is geographically in the center of many of the things we love most about L.A.—Hollywood, Downtown, Beverly Hills, Silver Lake—and that it sits right on a Metro [subway] stop.”

The zeal for Koreatown and Koreans that Zobler has expressed is not isolated. For lack of a better phrase, it’s kind of cool to be Korean right now. Tune into a TV cooking competition these days and a Korean American is bound to be one of the culinary contestants. Anthony Bourdain recently spoke the praises of KA chefs, and his CNN travel show’s premiere episode focused not on Los Angeles but specifically Koreatown.

“I totally feel like I’m much cooler being Korean now than ever,” said Myung, whose first Poketo store in L.A.’s Arts District does more than sell products. It hosts art shows and workshops, including a kimchi-making class taught by her mom—activities that she anticipates will also be offered at the Line’s outlet. “I think it has a lot to do with Korean pop culture, that’s taking over the whole world. It’s definitely come to the U.S. Come on, ‘Gangnam Style?’”

Myung, 39, cites her generation’s members, as well as the next, who have chosen more creative fields. “[We] have made a lot of strides,” said Myung. “Koreans are just more visible now.”

At the center of the team assembled by Zobler is Choi, arguably the most high-profile Korean American chef today. “We wanted, as a paramount matter in our design and choice of collaborators, to celebrate the local community and urban L.A. in general. We brought in Roy Choi and the Houston Brothers who were raised in the neighborhood to be our guides,” said Zobler.

The contribution that the Houston Brothers, who shop at their nearby HK Korean supermarket and have frequented Koreatown bars, are bringing to the Line will reflect the surrounding neighborhood that they know well. Speek will be a club that includes a dance floor, live music and that other local nightlife staple: the noraebang. “We definitely wanted it to be a homage to Koreatown and what they’ve created, and embrace it and put our little twist on it,” said Jonnie. Plus, the cocktail program will feature Korean flavors: think Korean pears and even barbecue.

For Choi, who will be cooking some pretty straight-up Korean food for the first time with the restaurant Pot, there’s a lot to think about. “It’s a huge project, with a lot of employees, a lot of responsibility, a lot of money invested,” said Choi. “I am nervous about serving Korean food in Koreatown. But it’s not a nervous of failure; it’s a nervous of, like, I really want people to enjoy it. I want the Korean and Koreatown residents to really know that we’re honest—all our food, once you’ve taste it, tastes like any other Korean [food].”

But, with Choi involved, there’s bound to be something out of the ordinary, and he pointed out the composition of his staff. “That no one cooking in the kitchen is Korean, except me. And I was never trained in Korean food—that’s pretty unique, wouldn’t you say?”

It’s also a sign of Koreatown evolving with more complex and dynamic interpersonal relationships at play—it’s not just ajummas in the kitchens ordering around the many Latinos often employed in the neighborhood’s restaurants. There’s a diverse staff at Pot, and they just look like ajummas. One of Choi’ s cheeky decisions is for the hostess to wear clothes an ajumma would wear: think baggy pants and mismatched prints.

On a more serious note, Choi credited the team he works with for convincing him to finally say yes to Zobler. “And once they talked me into it, … I realized there’s something special and important that we can do here,” said Choi. “I can be somewhat of a bridge … to the neighborhood, and to all the people who live here, and everything we’ve gone through. It’s almost like I saw it as, if you think about the first Koreans who came here and where we are now. This can be a little marker in that, like a gift back.”

L.A. chef Roy Choi is a partner in the Line venture, with two restaurants in the hotel. 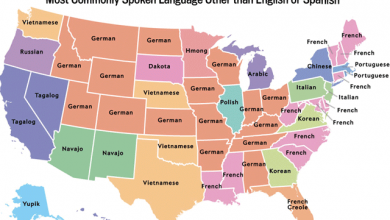