Hallyu stops for no one. Also known as the “Korean Wave,” Hallyu – that sweeping flood of catchy K-pop bands and heart-wrenching Korean dramas – has left a crazed world in its wake, leaving a multitude of screaming fans incoherently babbling through tears as their favorite star graces the stage.

Needless to say, Hallyu is a bit overwhelming, and its influence, mind-boggling. You might be familiar with a recent example of the mania – the worldwide shortage of one lipstick color that went viral. Now you may be wondering how a lipstick could possibly get so popular. Apparently, all it took was a rumor that the lipstick was worn by the main character of the popular K-drama My Love From The Star. Yup, K-drama influence can get that crazy.

After the rumor spread, YSL’s Rouge Pur Couture No. 52, which boasts a coral-pink shade, universally sold out online and in-stores. It was virtually impossible to get the lipstick unless you wanted to dish out $100 on eBay for a tiny tube of color.

But we have some great news for you – the lipstick is back in stock (and you should probably act fast).

While No. 52 is still selling for up to $70 on eBay, a quick click of the refresh button on the YSL store page shows that the color is up for sale at the original (and more reasonable) price of $35. You no longer have to mix four different shades of lipstick to achieve the perfect coral-pink hue.

Behind all this marketing madness is My Love From The Star, a romantic Korean soap opera with a sci-fi twist. An alien disguised as a human landed on Earth 400 years ago during the Joseon Dynasty and eventually falls in love with a haughty actress in modern South Korea. Twenty-one episodes of hilarity, romance, and an unhealthy amount of chicken and beer ensue. The show was widely and positively received. In particular, viewers in China are die-hard fanatics of the show; one fan reportedly ended her relationship with her boyfriend because he was not as romantic as the show’s leading man.

Predictably, the show’s success has brought much fame to the the stars, actress Jun Ji-hyun and actor Kim Soo-hyun. And while one completely obsessed fan underwent the knife to resemble Kim Soo-hyun (I mean, understandably. Just look at the guy), millions of fans emptied out YSL’s stock of Rouge Pur Couture No. 52  when it was rumored to be the popular lipstick color worn by Jun in the show.

However, the major plot twist of the drama still remains: the lipstick that Jun wore was not made by YSL.

“The color of her lips [during the show] cannot be produced by a single product. The make-up artist mixed a number of different [products], and YSL was not one of them,” said an industry source, according to the Korea Herald.

In fact, it was Korea’s largest beauty company, AmorePacific, who officially sponsored My Love From The Star and had many of their products promoted in the drama. The sales of their skincare products and lipsticks used by Jun skyrocketed 75 percent and 400 percent, respectively, according to Chinese media.

Other companies who sponsored the show have also gained profit. Jun and Kim’s characters used Samsung’s Galaxy Note smartphones and all visible consumer electronics, including computers, cameras, TVs and refrigerators were Samsung products in the show.

YSL, however, was not a sponsor.

“AmorePacific had considered filing a lawsuit against YSL, which is choosing to remain silent on whether June is using their products,” said a source, reported the Korea Herald.

With all of the craze surrounding this lipstick, you’d think that it had fallen from the stars. 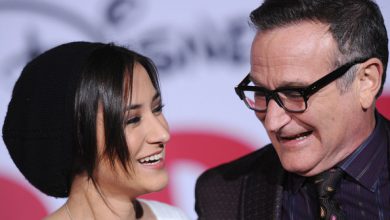 “O captain my captain.” Yesterday, the world lost a great actor, comedian, friend and father. You probably know him as Robin Williams, the actor who made you topple […]