It’s quite the understatement to say My Love From Another Star, the K-drama that aired from December 2013 to February 2014, was well-received. The drama was so popular that a YSL lipstick color was sold out worldwide after viewers believed it was the one worn by the lead actress. But if you think that’s crazy, you haven’t seen anything yet. Apparently some fans will go much further than purchasing makeup to look like their favorite K-drama character. In this case, someone actually went as far as plastic surgery.

Now we’ve seen quite a number of people who take on massive amounts of surgery just to look like like a celebrity. In 2013, we saw a Korean woman who underwent plastic surgery to look like Miranda Kerr. Earlier this summer, we saw a Brazilian man who had 10 surgical procedures done to have an “Asian appearance.” And now, we have a Chinese man who was so taken with lead actor Kim Soo Hyun’s look in My Love From Another Star that he decided to alter himself to look like Kim Soo Hyun’s character, Do Min Joon.

Apparently, the man appeared on a Taiwanese reality show on AnHui TV with clothes and a hairstyle that resembled the My Love From Another Star character. He then explained that he went to Korea to get all the surgery done. He seemed quite proud of his transformation and had no problem showing his before and after photos.

While many of us may not understand the mindset behind this sort of decision (and may even be creeped out by this), we can’t deny that plastic surgery has reached record-breaking heights in Asia and doesn’t seem to be stopping any time soon. After all, this isn’t the only show which features plastic surgery outcomes. The Korean show Let’s Beauty allows viewers to follow the entire plastic surgery process, and Back to My Face features “reverse makeovers” that allow contestants to go back to their original appearance (because apparently, the way to fix excessive surgery is by undergoing even more surgery).

Disturbed by this or do you think people are entitled to do what they want with their body? Tell us what you think. 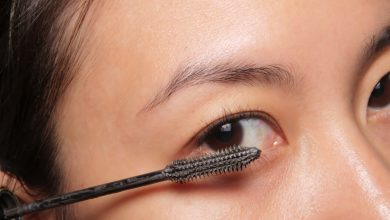 Last week, we brought you a series of tricks to help ease your stubborn eyelash-curling frustrations. Today, we bring you an alternative Korean technique to achieving the perfect […]