Anyway, we’re welcoming 2020 right, with a slew of AAPI projects from your favorite creators. In addition to the upcoming on-screen developments, there’s also plenty of new literature in store for you bookworms. Get cozy—there’s no shortage of entertainment to while away the next few months, before the days start getting longer and warmer again.

Ah, an American classic—yet another remake of the original Japanese “Grudge” film. This one stars John Cho (“Searching”), so at least you’ll see a familiar face in that terrifying shower scene.

Starring Kristen Stewart (“Charlie’s Angels”) and “Game of Thrones” actress Jessica Henwick, “Underwater” definitely isn’t for the claustrophobic. The movie follows a small handful of deep sea researchers who have to escape their oceanbed laboratory after being attacked by an unseen force.

Over 15 years since “Bad Boys II” was released, the third and final film in the “Bad Boys” series sees Marcus Burnett (Martin Lawrence) and Mike Lowery (Will Smith) reunite to take on Eastern European thugs. “The Sun Is Also a Star”’s Charles Melton appears in a yet unnamed role.

After a memorable holiday special, Freeform’s hit series returns for the second half of season two, and it looks like tensions are escalating at the Coterie.

Inspired by true stories from “Epic Magazine,” this Apple+ show explores the lives of immigrants to America, focusing on a new plot every episode. Kumail Nanjiani (“Stuber”) and Alan Yang (“Parks and Recreation”) executive produce the series.

Back for a 15-episode fifth season, “DC’s Legends of Tomorrow” will include a special crossover episode, “Crisis on Infinite Earths,” before the season premiere.

Daniel Radcliffe (“Harry Potter and the Deathly Hallows: Part II”), Steve Buscemi (“Fargo”), Karan Soni (“Always Be My Maybe”) and Geraldine Viswanathan (“Blockers”) are back, in a new medieval storyline.

A year after the Korean boy band first debuted, they’re returning with their third EP, “Face Me.” Be sure to “Lay Back” and give the mini-album a listen this month.

Best known for her poetry, Koh is giving the world a look at her non-fiction voice in her first memoir, written in letters between mothers and daughters. Koh opens discussions on forgiveness and love, and on how language can bridge vast physical and emotional distances.

This World War II novel from Y.A. author Fukuda centers on an unlikely pair of pen pals, a young Japanese American boy and a French Jewish girl, as their worlds are impacted by encroaching conflict.

Chinese explorer Sanmao, aka Chen Ping, first began traveling outside of her native Taiwan in the late 1960s, eventually moving with her husband to the Spanish Sahara desert. Her recollections of her time in north Africa have long been enjoyed in Taiwan and China, but almost 30 years after the author’s death in 1991, they’ll be available in English for the first time.

Chinese American author Jin’s debut novel begins on the night of the Tiananmen Square massacre, spanning decades forward and backward in time as a teenage daughter grapples with the understanding of her complicated mother.

In this thriller novel, a woman in a coma struggles to both regain consciousness and come to terms with her sister’s fatal poisoning of their wealthy, Chinese Indonesian family.

Yoon takes readers more than 50 years back in time to war-torn Laos in “Run Me to Earth,” which follows three orphaned children who cling to survival by any means necessary.

Award-winning author Yu explores prevailing stereotypes of Hollywood and Asian Americans in this comedic, but moving novel about a man who aspires to play the Kung Fu Guy instead of yet another Generic Asian Man.

This illustrated memoir recalls Ha’s childhood as she tries to assimilate to life in Huntsville, Alabama after her mother’s sudden marriage to an American man. 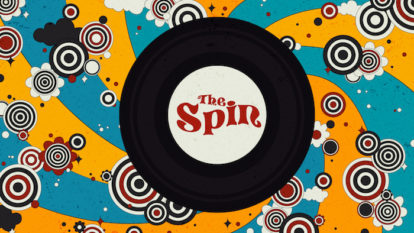 Throwing a roaring ‘20s-themed party might be all the rage as we head into the new decade, but here at “Character Media,” we’re still winding down from our Unforgettable […]