For all the success Korean players have enjoyed in Major League Baseball over the years, something has been missing.  No Korean-born or Korean-American position player has ever played in an All-Star Game.  While Chan-Ho Park and Byung-Hyun Kim have both appeared in the Midsummer Classic (Park in 2001 and Kim in 2002), they are both pitchers—not every-day players who have to bring it 162 times a year.

But if the All-Star weekend was any indication, things could change very quickly.

Meet Hyun-Choi “Hank” Conger.  The Anaheim Angels’ first round pick in 2006, Conger is one of the top catching prospects in the minor leagues.  At 6’1” and 220 lbs—with room to grow into his body—he is a bona fide slugger who can rake from both sides of the plate.

During Sunday’s XM All-Star Futures Game, which pits American-born minor league stars against foreign-born prospects, the Huntington Beach native belted a three-run homer to propel the U.S. team to a 9-1 win against the World team.  He earned Game MVP honors for his efforts.

Afterwards, a Hall of Fame representative asked to take the bat Conger used to Cooperstown.  Whether Conger himself will eventually follow is way premature to consider, but it’s not far-fetched to imagine him playing in the MLB All-Star Game—and soon, at that. 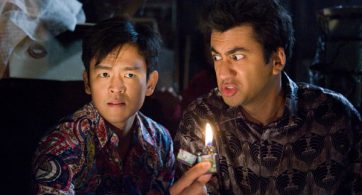