Thank goodness for high school stress, or we might have never met the smooth-talking comic Kevin Wu … or his dad, YouTube’s token “DILF,” the equally adorable and hilarious Papa Wu who gets pranked to no end. The Houston born-and-bred wisecracker is the Renaissance Man of YouTube comedy. His rise to stardom began when he was in high school, escaping the pressures of SATs and college apps by animatedly talking straight into his webcam about everything from “elbow zits” to stereotypes. He’s collaborated with most of his fellow YouTube counterparts, attended two years at the University of California, Davis and even created a YouTube charity called JumbaFund. “I want to try everything,” says the 20-year-old. “I want to try having my own show; I want to do acting; I definitely want to pursue stand-up. I don’t want to be restricted by one thing.” Wu will also be appearing on a national television show, so be sure to catch him on the real tube sometime in the fall. Hint: He just might be racing around the world with a companion—his one-and-only Papa Wu.

By Julie Ma
Photographed by Eric Sueyoshi in Pasadena, California.
Check out a video of Kevin and his dad after the jump! 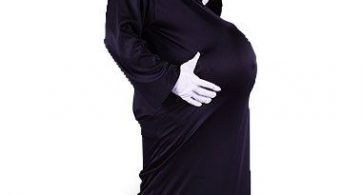 Gawker recently did a funny post on Racist Halloween Costumes, so we thought we’d one-up them and do a blog of our own. These are in no particular order. […]