It’s a bird, it’s a plane, it’s … an Asian American superhero? While invisibility is a useful superpower, it’s also one of the biggest villains of the Asian American community. Thankfully, there are API characters, both old and new, that are here to save the day. For Asian Pacific American Heritage Month, we’re honoring the superheroes that inspire us the most. Without further ado, Asian Americans … assemble!

In their decades-long feud for comics supremacy, DC and Marvel have both introduced characters strikingly similar to one found in its archrival’s world. You’ve got  Deathstroke-Deadpool, Green Arrow-Hawkeye, Aquaman-Namor and Darkseid-Thanos, just to name a few. And before Ant-Man debuted in a Marvel book, the Atom was shrinking down in size for DC. As with Ant-Man, there have been multiple iterations of the Atom, including one Ryan Choi, who we almost had in the recent “Justice League” movie. Original director Zack Snyder cast actor Orion Lee to possibly bring the Atom into the DC Extended Universe, but that part ended up on the cutting room floor after Joss Whedon took over the directing duties on that cinematic mess.

Comic book series “Silk” spins the story of Cindy Moon, a Korean American alternative to the original Spider-Man. While Silk’s story begins with a familiar radioactive spider-bite, she quickly finds her own adventures searching for her parents. The character was hinted at in the latest reboot, “Spider-Man: Homecoming,” as Peter Parker had a fellow academic decathlete named Cindy, played by Tiffany Espensen.

The first Asian superhero was a shirtless man who tried to overthrow Japanese occupation in China while dressed like a Speedo-wearing turtle. Although the original character hasn’t aged well, the Green Turtle was given a modern makeover by Asian American artists Gene Luen Yang and Sonny Liew in 2014. The new series, “The Shadow Hero,” examines the modern Asian American experience by exploring the beauty of cultural self-discovery and common first-generation problems, like the conflict between lofty parental expectations and their progeny’s passions.

After Carol Danvers was elevated to Captain Marvel, the Pakistani American character took over the mantle of Ms. Marvel. Khan made history as the first Muslim character to lead her own Marvel comic book series.

One of the newer Asian heroes, Mona Wu (played by Ramona Young) goes from delivery girl to certified superheroine in DC’s “Legends of Tomorrow.” She has the ability to turn into a Kaupe, a werewolf-like creature with superhuman strength. When she’s not ripping bad guys to shreds, Mona is a kind caretaker of magical creatures.

Move aside, Sabrina! Nico Minoru (played by Lyrica Okano) is the spunky teenage witch from the Marvel series “Runaways.” While she’s awesome, many won’t envy her superpowers. In order to cast her magic, Minoru needs to make herself bleed.

In last summer’s “Ant-Man and the Wasp,” Randall Park stole the show as goofy, gullible parole officer Jimmy Woo. While we loved Park’s take on the hero, his character is a major departure from Woo’s comic book incarnation. One of Marvel’s first mature protagonists, the original character was a no-nonsense S.H.I.E.L.D. agent. In one comic series, Woo even fought against Godzilla!

Played by Benedict Wong in “Doctor Strange,” Wong (no relation) is Dr. Strange’s right-hand man. In the comics, he’s just an athletic monk, but in the Marvel Cinematic Universe, he’s a maestro of the mystic arts. Still, he’s not very reliable; we still remember when he ditched the Avengers in “Infinity War.”

He’s no Mozart, but Amadeus Cho is a genius nonetheless. The Korean American superhero is regarded as one of the eight smartest people in Marvel comics. If that seems too nerdy for you, just remember that he used to turn into the Hulk. Now going by the superhero moniker Brawn, Cho is a symbol of the repressed rage toward racist, xenophobic attitudes that Asian Americans experience today.

Grace Choi is a muscle-bound, inked-up heroine that possesses awesome strength and almost limitless endurance. Those badass abilities weren’t always used to fight crime. When she was younger, Choi used her brawn as a bouncer. The character debuted on television recently (played by Chantal Thuy) on the CW series “Black Lightning.” Choi became the first Asian LGBT superhero to appear on television.

The dark, brooding Katana is not someone you want to mess with. Equipped with a soul-snatching sword that hosts the spirit of her dead husband, Katana will literally stab the life out of you. Played by Karen Fukuhara, Katana appeared in the 2016 blockbuster “Suicide Squad.”

Colleen Wing (played by Jessica Henwick), best known as a sidekick and love interest in the Netflix series “Iron Fist,” isn’t just a supporting character. The expert swordswoman is a central protagonist in both the “Daughters of the Dragon” and “Heroes for Hire” comics. And for the third season of “Iron Fist,” there were hints at Wing’s arrival as a leading lady, but that’s all up in the air after Netflix canceled the show after two seasons.

First appearing in the 1930s, Kato is the Green Hornet’s famous sidekick. He doesn’t have any superpowers, but he packs a mean punch and is a phenomenal mechanic and wheelman. There’s also a lot of star-power behind Kato—he’s been played by Bruce Lee, Keye Luke and Jay Chou.

Finally, the Marvel Cinematic Universe has its leading Asian man. The “Master of Kung Fu” pays homage to the legendary Bruce Lee, and is a prominent member of the Avengers. We can’t wait to see Shang-Chi share the screen with the likes of Spider-Man and Black Panther.

Before James Wan’s 2018 film, Aquaman was a total dweeb, let’s be honest. While Superman and Batman did all the work, the campy Aquaman was best off fetching them a glass of water. That all changed when the muscle-bound Native Hawaiian hunk Jason Momoa revolutionized the character. Brash, charismatic and immensely powerful, the reinvented Aquaman is a top choice for almost any superhero team.

Played by Chloe Bennet in “Agents of S.H.I.E.L.D.,” Quake (aka Skye, aka Daisy Johnson) is one of the most powerful heroes in the Marvel Cinematic Universe and arguably the first Asian American lead in an on-screen superhero property. She has the ability to shake things up, quite literally. The half-Chinese heroine can summon frequencies that are as powerful as earthquakes. Aside from her natural abilities, Quake is also a phenomenal brawler and a brilliant hacker. 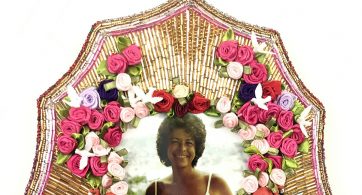 There’s beauty to be found in a freshly tilled field, with its neat rows of seedlings sprouting from mounds of dirt. But what does a farmed field and a […]