​Kevin Na was just a young boy when he asked his father if being a good golfer meant getting to be on television. “Every weekend,” his father said, unaware that such a simple response would determine the course of his son’s future. As it turns out, it was then and there that Na decided he would become a professional golfer.

Having sparked these aspirations in his son, Na’s father continued to fuel that fire. An avid golfer himself, he often took his children to the driving range on weekends and exposed them to the sport early in life. “I liked the challenge,” the junior Na says via email. “I was fascinated by how a little ball could fly so far, and hanging out with my father was a bonus.”

After just a few short years of golf practice, one thing was clear: Na was a natural. It wasn’t long before he dreamed of competing in the PGA Tour (he jokes that this must have been proof of his yearning to be on TV). And even at a young age, he understood how much it would take to achieve this goal. “I remember practicing so much that my hands bled,” Na says. “In the morning, I had difficulty opening them because they would cramp up into fists.” Despite these experiences, he remembers enjoying every single moment of practice.

After years of literal blood, sweat and tears, Na became a professional golfer at the age of 17. In 2002, he played on the Asian Tour and received his first professional win when he was just 19. This opened the doors for him to play on the European Tour the following year. “Because of the Asian and European Tour, I was able to see the world at a young age,” Na says. “This was a great experience for me—both in golf and in life.”

At age 20, Na fulfilled that childhood dream of his and secured his PGA Tour card for the 2004 season. “I remember it like it was yesterday,” Na says. “After making par on my final hole, I hugged my parents with a big smile, and they cried tears of happiness. It was one of the greatest memories of my career.” That career now includes several professional wins, and much to the delight of his childhood self, even more screen time than he had originally bargained for when he played himself on an episode of CBS’ “CSI: Crime Scene Investigation.” Na also recently added to that list of achievements with his fourth PGA Tour victory in October of this year.

Of course, the road to success is rarely a smooth one, and Na has had to face his fair share of challenges. “It’s not easy to travel with family, especially with two kids,” he says. “But when they stay back home, I feel empty. I usually end up spending most of my free time FaceTiming them in the hotel room. I don’t want to miss my kids growing up because of my career.

“When they do get to travel with me, I feel more relaxed,” he continues. “I enjoy the tour more because I look forward to spending time with them after my rounds.”

It’s no surprise that Na’s top priority is to balance his work and family. Perhaps it’s because of this mindset and his family’s unyielding support that Na has been able to thrive in his career. Whatever his secret to success may be, we can all learn a very important lesson from his story: if you ever find yourself watching golf on television with a kid by your side, take all questions seriously. You might just have a pro on your hands. 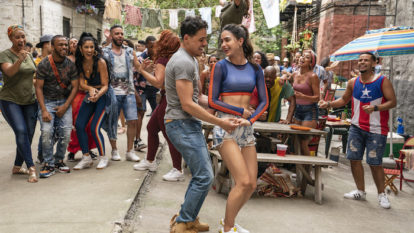 Thought you finally escaped from the “Hamilton” craze? Well, prepare yourself for another musical album that will occupy half of the country’s shower repertoire, because Lin Manuel Miranda is […]