Details about “Wu Assassins” was kept tightly under wraps during production and editing process, but now audiences can finally catch a glimpse of the streaming giant’s newest kung fu show. The trailer promises lots of fighting action, a titillating plot involving Chinese mythology and even some romance. And with seasoned martial arts experts like Iko Uwais and Mark Dacascos helming the cast as the chef protagonist Kai Jin, “Wu Assassins” is sure to bring the heat to the kitchen. Other notables on the cast list include Byron Mann (“Skyscraper”),  Katheryn Winnick (“Vikings”), Lewis Tan (“Into the Badlands”), Li Jun Li (“Quantico”) and Celia Au (“Lodge 49”). The series is currently slated for an Aug. 8 release—a most fortuitous date, indeed.

And if you’re still muddy on the plot after watching the trailer, (as we certainly were) here’s the official description:  “’Wu Assassins’ follows Kai Jin, a young Chinatown chef in present day San Francisco, as he becomes entangled with the Chinese Triad’s pursuit of deadly ancient powers known as the ‘Wu Xing.’ After an encounter with a mystical spirit, Kai reluctantly becomes the Wu Assassin, using his enhanced martial arts skills to recover supernatural powers from five modern day criminals threatening to use them to destroy the world.” 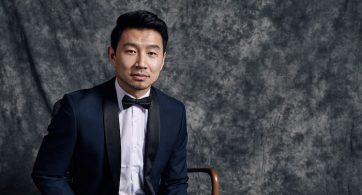 Move over, Captain Marvel and Spider-Man: there’s a new superhero in town. Over the weekend at San Diego Comic Con, Marvel Studios announced that Simu Liu will play superhero […]