David Choe Book Signing
Giant Robot is hosting a reception and book signing with artist David Choe to celebrate the release of his self-titled monograph published by Chronicle Books. Choe will be autographing his newly released Munko figures. Not in LA? YOu can still purchase a  personalized signed book.

Terrarium Workshop
An event hosted by KoreAm and Audrey magazine staffers Michelle, Liz, Derek and Janice. Learn how to make a modern terrarium with botanica artist Kit Kan of Branch of Life. $30 gets you all the materials you need for your mini-ecosystem and some yummy snacks. Email Liz at liz@souliz.com for more details and to RSVP.

Audrey Gets Angry
Our sister magazine Audrey is hosting this cool event. “The People I’ve Slept With,” a majorly buzzed-about Asian American film, will be playing at 7:30 p.m. this Saturday at the Laemmle Sunset 5 (8000 Sunset Blvd. West Hollywood). Phil Yu, also known as Angry Asian Man, will moderate a special cast & crew Q&A following the show. After that, head on over to Libertine on Sunset, where Audrey is hosting an intimate after-party …with the stars of the film. Karin Anna Cheung, Lynn Chen, Archie Kao, writer Koji Steven Sakai, producer Stanley Yung and director Quentin Lee are already slated to appear.

To attend, RSVP to editor@charactermedia.com. All who RSVP and attend will be entered in a drawing to win VIP tickets ($100 value each) to Audrey’s Night Out 2010 — the hottest fashion event for the Asian American community. The stars of “The People I Slept With,” Karin Anna Cheung and Lynn Chen, will even be walking down the runway as celebrity models! 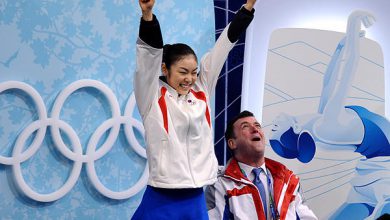 South Korea’s golden figure skating darling, Kim Yu-Na, has parted ways with her former coach, Brian Orser, who trained her since 2006. The revered coach-skater pair seems to have […]