“Bambi.” It’s one of those iconic Disney films that reeks of America, with its cervine protagonists, its pull-yourself-up-by-your-bootstraps theme and picturesque scenery that looks like it was pulled straight from the woody Maine forests. It’s a film that I emotionally tortured myself with as a child countless times, as I’m sure many others have as well. But did you know its hand-painted scenery was inspired by Song Dynasty art? And what if I told you that the man wielding the paintbrush was a Chinese immigrant?​

With films like “The Farewell” and “Always Be My Maybe” breaking into mainstream cinema this year, it seems like the Asian American community has finally entered an era where all the subtleties of a hyphenated identity are being explored in full glory. The days of angry tweets (most directed at Scarlett Johansson) spouting the need for a more diverse cinematic landscape seem to be finally be reaching their golden years. But before the 2010s hailstorm of social media posts, and even before the civil rights movement of the 1960s, there was Tyrus Wong, a Chinese immigrant who found his way to Disney’s animation studios.

My first brush with the legend of Wong came during my junior year of college, when I was covering The Austin Asian American Film Festival. As the lights dimmed, the silver screen of the auditorium lit up and was filled with a single, glorious word: Tyrus. Since then, I’ve tried to find ways to sneak in a story or two about Wong during my time here at Character Media. Nothing quite seemed to pan out until now. On Sept. 24, “Paper Son: The Inspiring Story of Tyrus Wong, Immigrant and Artist,” written by Julie Leung and beautifully illustrated by Chris Sasaki, was released. All the complexities of Wong’s remarkable life are fully fleshed out, but in a way that’s simple enough for a child to understand.

In 1920, Wong and his father immigrated to the United States (his mother decided to remain in China) when he was just 9 years old. Nearly a hundred years prior to their journey, when the first Chinese immigrants first began arriving on Californian shores in the mid 1800s to stake their claim in the Gold Rush, they referred to the state as “jīnshān” (“gāmsāan” in Cantonese), or “Gold Mountain.” Gold Mountain was a place where the rivers flowed freely with gold nuggets, the tables were always packed with bountiful dishes and everyone was a millionaire. Although that soon proved to be very untrue, and more Chinese immigrants ended up becoming restaurateurs and washermen than prospectors, the nickname stuck and the “gold” of Gold Mountain came to represent the vast economic opportunities of the United States. And it was with those dreams and hopes that Wong and his father boarded a steamer headed across the Pacific. But keep in mind that though the Chinese Exclusion Act was passed in 1882, it wasn’t repealed until 1943. So, Wong and his father were forced to immigrate as “paper sons,” masquerading as the children of an already established Chinese American family.

As many children of Asian immigrants can attest, there’s a certain pressure to conform to what one’s parents wish, e.g. becoming a doctor or an engineer. They gave up everything and crossed an entire ocean to provide for their family, after all. But Wong took up the paintbrush simply because, as he puts it, he “wasn’t good at anything else.” After attending the Otis Art Institute (now known as the Otis College of Art and Design), Wong briefly dabbled in the, um, custodial arts as a janitor and then went on to work at Walt Disney Studios as an “in-betweener”— the artist who drew the in-between frames of a movie’s key scenes. It was considered a lowly job, and Wong’s colleagues were mostly women. But then, along came “Bambi.” Stuck on what the background of the movie should look like, the animators took a look at Wong’s drafts. And they actually liked them. The rest is history.

Unfortunately Wong’s tenure at Disney was short lived—he was promptly fired during an employee strike, even though he didn’t participate. But he went on to work at Warner Bros. and served as a storyboard artist for classics like “Sands of Iwo Jima,” “The Wild Bunch” and even the quintessential James Dean film, “Rebel Without a Cause.” After he retired, he still found ways to keep himself artistically fulfilled. Wong spent his time creating kites, large, beautiful creations that seemed to expand across the whole sky. When he died, Wong was 106 years old—the oldest living Chinese American in the country at the time of his death.

Closing the covers of “Paper Son,” I felt inspired, and more importantly, rooted. Here was a Chinese man who decided to pursue what he loved, in a time when the expected occupations for him would have been waiting tables or pulling shirts out of a dry cleaning machine. Wong chose his career not to make a statement, or to flout society’s expectations, but because he felt compelled to as an artist. And that’s something. 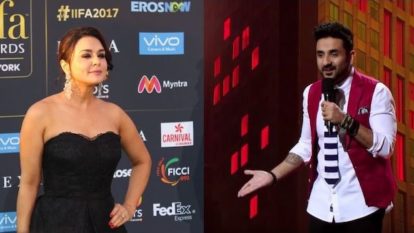 Yes, the rumors are true—a “Fresh off the Boat” spin-off is moving forward at ABC. The new show, currently titled “Magic Motor Inn,” would follow an Indian American family […]