It’s been almost a decade since “King of the Hill” has been off the air, and while we do miss Hank Hill and his circle of beer-chugging friends, it’s really Kahn Souphanousinphone who often stole the scenes. The Laotian American systems analyst won fans with his abrasive personality, his off-key but spirited rendition of Toni Basil’s “Hey Mickey,” and his low opinion of redneck neighbors and their ignorant comments.

Kahn leaves behind a complex legacy. At first glance, his character seemed stereotypical, but over time, with added nuance, he grew to be a much-needed voice and a stepping stone to other fiercely imperfect Asian characters on TV.

When we first meet Kahn in Season 1, his family is just settling into Arlen, Texas. Right off the bat Hank and the gang asks if he’s Chinese or Japanese … and if he eats dog. Maybe the show’s writers thought they were exposing the white characters as the stupid hillbillies Kahn often accused them of being. Then again, every Asian person I know has had these jokes thrown at them. So I can’t help but roll my eyes at such a recycled quip. All of this is complicated by the fact that Kahn was voiced by a white actor, which makes his character feel less authentic and more the butt of a joke.

Kahn and his wife Minh’s attitudes were too stereotypical to ring true to me. They were materialistic show-offs who forced their daughter to practice violin five hours a day and memorize 2,000 SAT words. They pushed her to date Chang, the son of the country club committee member, instead of Bobby, whom she preferred. But some Asian Americans might have found comfort in seeing their own tiger parents who made them learn Bach’s “Something-Or-Other Suite No. 52343” for no apparent reason represented on television.

And I have to admit, there were many moments with Kahn that were groundbreaking. In the third season, Kahn is fired but refuses to accept Hank’s help, confessing: “I can’t fail. This not supposed to happen to me. I’m Asian, for God’s sake, more expected of me. You not understand.” Watching this, I felt for Khan, and I know that millions of Asians and Asian Americans could also empathize with him. As a community, we often feel that we need to pull ourselves up by the bootstraps, or excel to honor our parents’ sacrifices in America, that we can’t be weak and accept someone else’s help. In one of the show’s last episodes, the entire plot revolves around Kahn’s struggle with manic depression. It paints his illness with compassion and vulnerability. This episode truly felt radical, as depression is rarely depicted so honestly in media as a whole, let alone in stories about Asian people.

Ultimately, while I don’t know if a character like Kahn would pass muster in 2019, it was refreshing to see an Asian family take up so much of the screen back in the late ’90s, when Asian faces were so rare. He felt like a precursor to other fierce personalities on TV, like Jessica Huang on “Fresh Off the Boat” (one of its producers is a “King of the Hill” alum) or Tahani Al-Jamil from “The Good Place.” They’re both Asian women with pompous, fiery tendencies, but with hearts of gold. May we see more of Jessica’s pimp dance, and less of “So are you Chinese, or Japanese?” in the years to come. 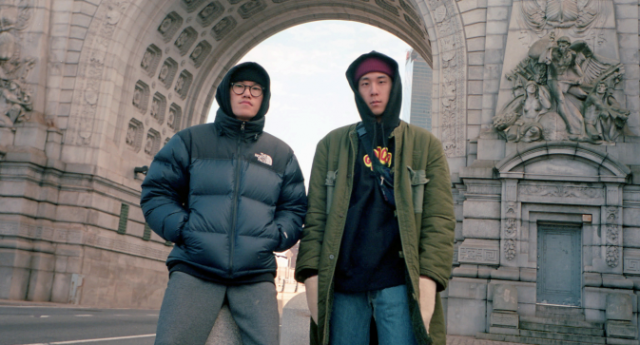 Over the past decade, Western and Asian pop music have developed an almost symbiotic relationship, but it hasn’t been equal. Current trends, represented by the success of popular acts […]