The Momofuku chef known for his exquisite ramen recently launched a new quarterly magazine for foodies and the early reviews of the publication, which hit newsstands yesterday, were largely positive.

It’s part-literary magazine, part-conversation between friends and a whole lot of attitude about the state of noodles and cooking, the first of what will be a sprawling quarterly mix of ideas, art and recipes in exploration of a single topic.

LA Weekly called it “an enormous amount of fun.”

Yes, recipes. 22 recipes. David Chang recipes, mostly. Worth the price of admission themselves. So that you can make your own tonkotsu broth to spill on the journal’s pages. Or make cacio e pepe from instant ramen. Or instant ramen gnocchi. Or bacon dashi. And if that isn’t highbrow enough, Chang provides a recipe for Alain Passard’s famous egg, called here the Arpege egg, too. Knock yourself out.

Kim had a part that was ultimately cut from the sci-fi thriller starring Matt Damon, a “blackly humorous” role, according to an IndieWire interview with director George Nolfi.

“[Kim] did a great job—just two scenes—and they’re in there so people can see what it would have looked like if we had gone that direction. I ultimately decided that the Bureau needed to be a little more dark or it would risk being silly. It’s already such a difficult concept to kind of sell in a realistic way, so that’s why it’s out.”

Kim said the show is lucky to have the actor on board.

“He’s a great actor who brings a sense of professionalism to every project he works on and I’m excited to work with him again,” Kim said in a release.

Asians, a group more commonly associated with the West Coast, are surging in New York, where they have long been eclipsed in the city’s kaleidoscopic racial and ethnic mix. For the first time, according to census figures released in April, their numbers have topped one million — nearly 1 in 8 New Yorkers — which is more than the Asian population in the cities of San Francisco and Los Angeles combined.

That milestone, in turn, has become a rallying cry for Asian New Yorkers who have been working for years to win more political representation, government assistance and public recognition. Many leaders have seized on the one-million figure as a fresh reason for immigrants and their descendants who hail from across the Asian continent to think of themselves as one people with a common cause — in the same way that many people from Spanish-speaking cultures have come to embrace the broad terms Latino and Hispanic.

My Life As An Undocumented Immigrant
New York Times

Pulitzer Prize-winning journalist Jose Antonio Vargas wrote a stunning first-person piece for the New York Times Magazine which revealed that he is an undocumented immigrant. Vargas came to the U.S. from the Philippines when he was 12 years old.

At 16, he tried to get his driver’s license and was hit with a bombshell.

When I handed the clerk my green card as proof of U.S. residency, she flipped it around, examining it. “This is fake,” she whispered. “Don’t come back here again.”

Vargas’ story is engaging, in-depth and thought-provoking and is sure to spark heated discussion on the highly-sensitive issue of immigration.

There are believed to be 11 million undocumented immigrants in the United States. We’re not always who you think we are. Some pick your strawberries or care for your children. Some are in high school or college. And some, it turns out, write news articles you might read. I grew up here. This is my home. Yet even though I think of myself as an American and consider America my country, my country doesn’t think of me as one of its own.

Hank Conger had a double and a single Tuesday night, but that did nothing to console the rookie catcher after the Angels’ 5-2 loss to the Florida Marlins.

Two more throws to second base on stolen-base attempts sailed high and away from their target — one on a pitchout — and one of those Marlins runners eventually scored in the sixth inning.

CNN recently highlighted the unusual home of the late Sim Jae-Duck, a former congressman and mayor of Suwon.

Known as “Mr. Toilet”, the eccentric Sim was reportedly born in a bathroom and developed an interest in toilets during his mayoral term. He later founded the World Toilet Association General Assembly and served as its inaugural chairman.

Upon Mr. Toilet’s death in 2009, the 420-square-meter house was turned into a toilet museum, and remains a place of homage to everyone’s favorite seat in the house. 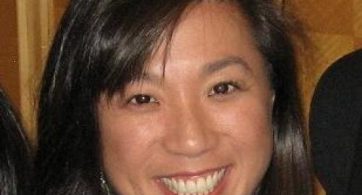 Vancouver police halted their search for a distraught Korean Canadian woman, according to news reports. Yoo Chung Choi has been missing since last Friday following a late-night call to […]