After leading the Ten Rings, Tony Leung is tackling some real-life history.

Following Leung’s Hollywood turn as Shang-Chi’s grief-blinded father Wenwu in Marvel’s “Shang-Chi and the Legend of the Ten Rings,” Leung will star in the World War II-era Chinese film “Anonymous.” The film is set to explore the resistance fomented in the aftermath of the 1940s Wang Jingwei regime. Leung will be joined by up-and-coming Chinese actor Wang Yibo (“The Untamed”), with filmmaker Cheng Er (“Lethal Hostage”) as director. The film is expected to premiere in August of 2022.

The thriller, which just wrapped filming according to a Dec. 22 Deadline article, marks the third part of Bona Film’s “China Victory Trilogy,” which is described as a “gift to the Communist Party for its centenary.” The first entry, “Chinese Doctors,” a disaster film focusing on the early days of the COVID-19 pandemic, premiered back in July of this year and grossed over $53 million in China during its opening weekend. The second, a Korean War-era period drama titled “The Battle at Lake Changjin,” hit theaters in September and reportedly became the top-performing film in Chinese history.

“Anonymous” is still in pre-production, but in the meantime we can all enjoy these black-and-white photos of Leung in suits. 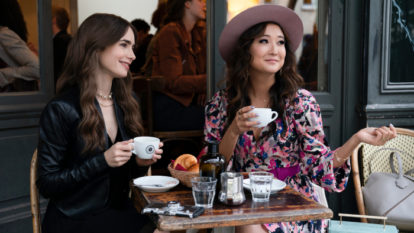 Read on to find out what’s ahead for Park’s Mindy in the series’ second season.