Korean actress Jun Ji Hyun’s lipstick color made a huge hit during the Korean drama My Love From Another Star. But the Korean wave didn’t simply end there. Other lip trends, including the most recent ombre lips, were commonly spotted on K-Pop Stars and K-Drama actresses, which later brought wide interest even within American media.

There are countless make up trends that trace back to K-Dramas, but today, we’re focusing on three of the latest and most popular Korean dramas as well as the actresses’ iconic lipstick colors that you should get your hands on.

Whatever Kong Hyo-Jin brings to the TV screen is the next trend. Known for her laid-back yet unique sense of style, Kong has earned reputation as one of the most stylish celebrities in Korea. Of course, we can’t miss the lipstick she wears in the K-drama It’s Okay, That’s Love.

For those who love orange hues like Kong should try the Armani Lip Maestro in 300 to get that extra vivid and sweet look.

Though Lee Yoo-Ri acts as the villain in the drama Jang Bo-Ri Is Here!, you can’t help but be a fan of her makeup on set. Most often talked about is Lee’s bold lip color in the drama, which is more powerful and rich than any red lipstick you might have ever seen.

The ‘limited-edition’ Seatree-Art Matt Kiss Lipstick: 03 Gorgeous Red is the answer to your curiosity and has quite the power of bringing out a soft, velvety richness appearance on the lips.

3. Han Yeo-Reum from Discovery of Romance

The makeup worn by Han Yeo-Reun from Discovery of Romance is known for bringing back the man that broke your heart. What makes her makeup look different from other actresses is that she looks extremely natural. Of course, the lipstick takes a huge role in creating that look.

The Dior Rouge Baume #688 Diorette is the lipstick that makes Han’s skin look even brighter and softer than before. A touch of the lipstick will make your lips appear as if you put tinted lip balm, and two to three touches will bring out the actual rich color. 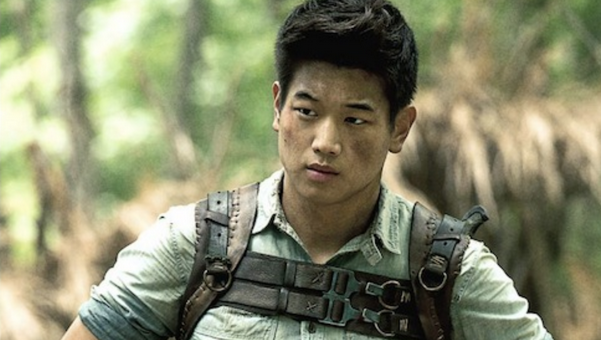 On a cool summer afternoon, Ki Hong Lee casually types on a laptop at a small coffee shop in the heart of Koreatown. Sipping tea out of a […]