A group of U.S. taekwondo masters is organizing a peace walk across the demilitarized zone that divides North and South Korea, reports the Voice of America.

Woo-jin Jung, a Korean American taekwondo grandmaster and publisher of the Taekwondo Times, said the peace walk is an effort to help promote positive engagement between the two Koreas, regardless of the dividing border.

“We plan on sharing different techniques with North Korean athletes and hold a seminar in Pyongyang,” Jung told VOA.

Both Koreas had approved of a similar walk back in May. About 30 international female activists, including American feminist Gloria Steinem and Nobel Peace laureate Leymah Gbowee, traveled through the heavily fortified DMZ, where they were allowed to march at specific checkpoints. However, some criticized WomenCrossDMZ, the organizers behind the march, for not addressing the human rights violations against women in North Korea.

This is not the first time Jung has attempted to foster goodwill between the two Koreas through martial arts. In 2007 and 2011, Jung helped coordinate U.S. tours for two North Korean taekwondo demonstration teams. 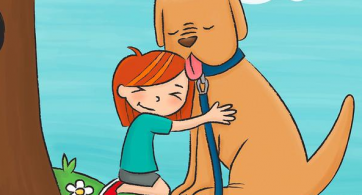 If you’re a parent, you may have had to take on the difficult task of explaining loss to your young child. This was definitely a concern for Manoj Abraham who […]