A cool night at the Park Plaza Hotel in Los Angeles didn’t put a damper on this year’s annual “Unforgettable” awards gala. This year, for the first time in the event’s 12-year history, KoreAm Journal partnered with sister magazine Audrey to recognize three individuals in the Asian American community in honor of Audrey Magazine’s 10th anniversary as a publication.

Guests and celebrities lined an equally cool blue carpet, then warmed themselves with somewhat responsible helpings of Scotch whiskey provided by the presenting sponsor, Royal Salute.

Television journalist Lisa Ling returned to Unforgettable, this time as the mistress of ceremonies, to emcee the awards ceremony. Clara C and Walter Hong presented the first award to singer/songwriter David Choi in the Arts & Entertainment category. As a pioneering Asian American musician in the evolving YouTube and social media world, Choi dedicated the award to everyone in the room, thanking those who supported him in his endeavors.

Actress Tamlyn Tomita and actor Tim Jo presented the second award for the Audrey Woman of Influence, which went to film producer Janet Yang, whose numerous credits include The Joy Luck Club, Shanghai Calling and the Chinese version of Disney’s High School Musical. Yang has worked for years to bridge the gap between the Hollywood and Chinese film industries, and she said for the first time in history, Asian Americans have so many opportunities to present their own culture and stories from their own point of view.

Dante Basco and Lindsay Price presented Pulitzer Prize-winning journalist Jose Antonio Vargas the Inspiration Award for his work as an activist for undocumented immigrants, including himself. While Vargas was grateful for the honor, he said the award was “premature,” as there was much more work to be done regarding immigration reform in the United States. He pleaded with the predominantly Asian American audience to be aware of a very prevalent issue.

Korean American L.A.-based indie rock band Run River North kicked off the night’s entertainment with a powerful performance, followed by a YouTube dream team of Clara C, Joseph Vincent and Jason Chen. Filipino American R&B band Legaci made their Unforgettable debut with a medley of their songs, while dance crew Poreotics returned with another signature set of polished dance moves. Korean American hip-hop icons Tiger JK, Yoon Mirae wrapped up the evening with fellow artist, Bizzy, showing why they are considered royalty in the Korean hip-hop scene. Guests were able to take home a  copy of their latest album, The Cure.

Audrey Magazine is an award-winning quarterly publication covering the Asian American experience, as seen from the perspective of Asian American women and is the sister magazine of KoreAm Journal. You can find more information at charactermedia.com.

This story was originally published on iamkoream.com. 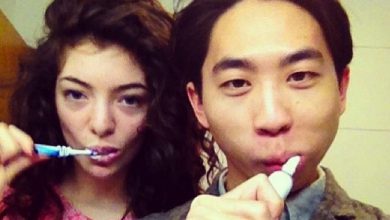 Much to our dislike, racist cyberbullying appears to be alive and well. Today’s victim is none other than New Zealand singer/songwriter Lorde and her rumored boyfriend, James Lowe. Why the […]