Buckle up! Olivia Rodrigo is taking fans for a spin with the release of a “Brutal”-ly intimate documentary detailing a behind-the-scenes look into the making of her debut album “Sour.”

The Disney star-turned-singer-songwriter released a short trailer for the upcoming Disney+ movie “Driving Home 2 U (A Sour Film)” today, Feb. 17. The teaser features snippets of the teenage pop star’s work to create “Sour” as she road-trips from Salt Lake City to Los Angeles. Rodrigo won’t just cover the album-making process in the film, she will also treat fans to various song performances featuring iconic landmarks and new instrumental arrangements.

“Driving Home 2 U (A Sour Film)” will focus on the emotional core of the making of “Sour,” and while Rodrigo will perform songs throughout the film, it’s not just a concert movie. “I just wanted to tell people what was going on in the back of my head in a way that was proud and not ashamed,” Rodrigo states at the beginning of the teaser.

The documentary won’t air until March 25 on Disney+, but in the meantime, fans can get a tiny taste of the film with the teaser below! 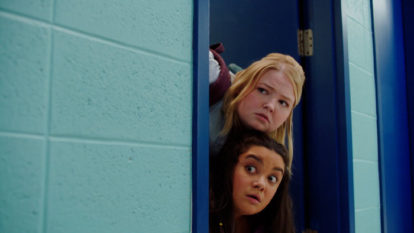 Get to know the Filipino-Canadian actor behind the butt-kicking heroine of the new SyFy series.