Days after the announcement of the “Star Trek” actor’s leading role in a coming film, “Columbus,” by Korean American filmmaker Kogonada comes news of another Cho-led project: “Connoisseur,” a drama series being developed by USA Network.

The series marks the first regular television role for Cho since “Selfie,” the romantic comedy that aired on ABC for one season in 2014.

According to Variety, the series is written by Gary Lundy and stars Cho as a talented con artist, Clay Park, who tricks the rich and powerful into buying fake wine. Park eventually gets caught up with a crime syndicate, the FBI and the tragic history of his Korean family. 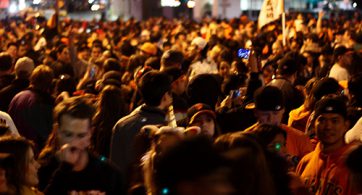 AB 1726, the Accounting for Health and Education in API Demographics (AHEAD) Act that would require California agencies to collect more data on groups under the label “Asian American,” has […]