After Republican Californian senator and former Vietnam War refugee Janet Nguyen was physically removed from the Senate floor for criticizing an anti-Vietnam War activist, GOP lawmakers, veterans and hundreds of Vietnamese Americans have rallied to support her.

Following her removal, Vietnamese American leaders sent a letter to Democratic Sens. Ricardo Lara and Kevin de Léon demanding that they discipline those involved in her ejection. De Léon, who claimed responsibility for the incident but stated that Nguyen had broken parliamentary rules, will lead an investigation.

Nguyen had attempted to speak about her family’s struggle during the Vietnam War in response to a memorialization of late anti-war politician Tom Hayden. Protesters are unsatisfied with De Léon’s response and are demanding that he apologize to Nguyen and the Vietnamese American community. Many of Nguyen’s supporters view her removal as an attack on the thousands of Vietnamese refugees who fled communism.

“Mr. Hayden sided with a communist government that enslaved and/or killed millions of Vietnamese, including members of my own family,” Nguyen said in a statement. “Mr. Hayden’s actions are viewed by many as harmful to democratic values and hateful towards those who sought the very freedoms on which this nation is founded.”

Protesters also regard Nguyen’s ejection as an attack on her freedom of speech, especially in the heavily Democratic-leaning California.

Nguyen, the only California Republican legislator who is a woman of color, represents parts of Long Beach and Orange County, home to the country’s largest Vietnamese American population. Her removal has made her a hero of the right, as well as a rebuttal against Democratic criticism of the GOP’s attitudes towards women, immigrants and minorities.

“It’s an extremely strong, galvanizing moment for the party, and obviously she’s the focal point. It’s big for both of them,” GOP strategist Mike Madrid told the Los Angeles Times. “Her profile is certainly raised statewide, and she’s gotten a heck of a lot of media attention. It’s also an opportunity to reframe what’s happening in the party — this is an immigrant, this is a refugee, this is a woman of color who was clearly put down here.” 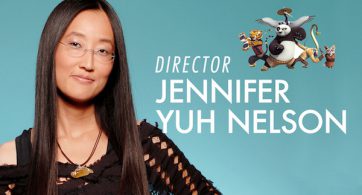 Jennifer Yuh Nelson has a dizzying number of accomplishments attached to her name, many of them with descriptors like “first” and “only.” First female to sit on the director’s […]