It’s been nearly four years since the first season of “Vinland Saga” aired in 2019, and audiences have waited with bated breath to see what comes next for the series’ young protagonist. After experiencing numerous delays in production, the highly anticipated second season has finally released globally on Netflix today, Jan. 9, and will be available to stream on Crunchyroll.

The historical drama anime series is based on the manga “Vinrando Saga” by Japanese author Makoto Yukimura and follows the paired journeys of legendary Viking warrior Thorfinn and King Canute the Great. Though “Vinland Saga”’s first season aired back in July 2019 on NHK General TV, the show did not gain worldwide popularity until its release on Netflix in July 2022.

“Vinland Saga” takes place at the height of Viking control and dominance in Europe. The series primarily follows a young Viking warrior named Thorfinn, who serves under a group of mercenaries responsible for the murder of his father. Over time, Thorfinn’s travels increasingly push him toward roads of exploration and he discovers his true desire to sail across the great sea in order to find the fabled paradise of Vinland (believed to be a land of riches). The story also chronicles the rise of King Canute’s North Sea Empire and his ascendency to the English throne.

Since the first season’s 2019 premiere, animation has transitioned from WIT Studio to Studio MAPPA, the same animators behind popular anime shows such as “Attack on Titan” and “Jujutsu Kaisen.” Like the first season, the second season of “Vinland Saga” features 24 episodes. Season two will follow the manga’s “Slave Arc,” also referred to as “Ketil’s Farm Arc,” where Thorfinn is enslaved as punishment for attacking King Canute. Meanwhile, Canute aims to spearhead the creation of peace and prosperity in his kingdom, vowing to create a “worldly paradise.”

Don’t miss out on the series’ newest installment, and be sure to check out the trailer below! 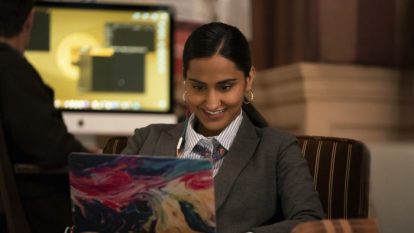 Completely out of shows to watch on your favorite streamers? Here are 10 API-led series that you probably haven’t heard of, and why you should watch.