Psy is back—and this time, he’s brought his pal Snoop Dogg. The rappers have collaborated on a new music video, “Hangover.” And it is glorious.

Fittingly, the manic track may induce nausea. (Tip: You really don’t want to listen to it if you’re suffering from an actual hangover.) But the video can only be described as art. Psy and Snoop suit up for a wild night in Korea, taking shots of soju, singing at a noreabang, playing pool, splashing in a water fountain, getting into a bar fight and binging on drunk-food. The new song comes two weeks after “Gangnam Style’ surpassed a whopping 2 billion views on YouTube.

After watching for five minutes, you’ll probably need an aspirin. But man, wasn’t it fun? 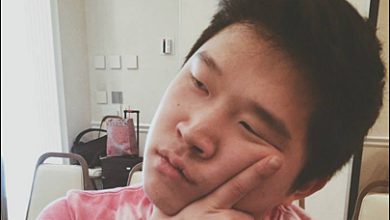 by JULIE HA and JAMES S. KIM The lone fatality in the Seattle Pacific University shooting has been identified as Paul Lee, a 19-year-old Korean American student, according to […]