Disney has been hard at work casting its live-action adaptation of “Mulan,” with Gong Li, Jet Li and Donnie Yen all slotted to join Liu Yifei on the project, according to Variety.

Yen will play Commander Tung, Mulan’s mentor and teacher, while Li will take on the role of the Emperor of China. In a deviation from the animated film, Gong Li will play the main antagonist, a witch.

Liu, a Chinese actress, filled the leading role as Mulan in November last year. “Whale Rider” director Niki Caro will be helming the project, which is due out March 27, 2020.

Released as an animated film in 1998 and loosely based on a classic Chinese ballad, “Mulan” is about a young Chinese woman whose love for her father drives her to disguise herself as a man and take his place in the Imperial Army to fight enemy invaders.

All three additions are veteran Chinese actors. “Mulan” will be Yen’s second Disney project, having previously starred in “Rogue One: A Star Wars Story” as Chirrut Imwe, a blind Force-sensitive warrior. Gong Li made her acting debut in Zhang’s “Red Sorghum” and went on to collaborate with Zhang on many other award-winning projects. One of China’s most famous crossover stars, Jet Li appeared alongside fellow martial arts veteran Jackie Chan in “The Forbidden Kingdom” in 2007 and co-starred with Sylvester Stallone in “The Expendables” in 2010. 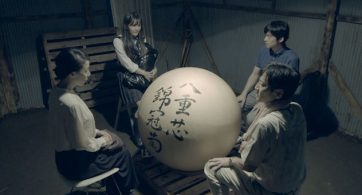 The award-winning Japanese film “3 Ft. Ball and Souls” will make its U.S. premiere on April 30 at the Triangle Starlight Cinemas as a part of the Newport Beach […]