The first trailer for Disney’s live-action “Mulan” dropped last weekend, and it looks like our favorite warrior princess is getting down to some serious business.

Directed by Niki Caro (“Whale Rider”), “Mulan” is slated for release in March 2020. The film features an impressive roster of Chinese acting legends, including Tzi Ma (“Rush Hour”) as Mulan’s father Hua Zhou, Jet Li (“Shaolin Temple”) as the Emperor and Li Gong (“Memoirs of a Geisha”) as a powerful enchantress named Xian Lang. Yifei Liu (“The Forbidden Kingdom”), who plays Mulan, is a Hollywood newcomer, but she’s exhibited her martial arts chops in numerous Chinese films and TV shows.

While it might not include a certain sassy red dragon or the original sing-along-tunes, the short teaser does promise plenty of kick-@ss action reminiscent of kung-fu films. Whether she’s flipping over a group of attackers or trying to impress a matchmaker, Liu proves she’s a girl worth fighting (or waiting) for. 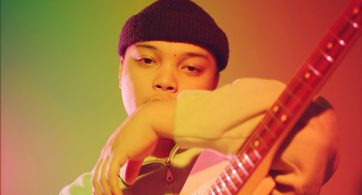 Nathan Bajar raises his voice over the sound of wailing police sirens in his Brooklyn neighborhood. He apologizes for the late call, but explains that he was held up […]