Meet Jason Kim. He’s Korean American, a Los Angeleno, and a filial son who’ll do near anything to please his demanding, immigrant parents. So during a business trip to Korea, he meets and serendipitously falls in love with a young, attractive business associate in Seoul. Upon his return to Los Angeles, he takes up an online relationship with his new love interest.

The gyopo-meets-FOB girl storyline may be familiar to some of you, but the comedic twists and turns that define Christine Yoo’s feature debut “Wedding Palace” will probably be what you remember most about a film we don’t regularly encounter, that rarest of beasts: a Korean American romantic comedy.

“People have asked me if I am the woman in the movie, but actually, I’m more like the son, Jason,” said Yoo, a third-generation Korean American and former KoreAm editor.

Yoo also repudiates any real life parallels between the slapstick funny Korean American family depicted in “Wedding Palace” and her own, although she does admit that she, like the rest of her family, “likes to laugh,” as do her “great, very funny uncles.”

Yoo’s film was well received by a large audience at the 34th annual Asian American International Film Festival (AAIFF) in New York City, where laughter abounded in comedic scene after scene. To some extent, her film is also part of a larger cultural movement in the Korean American and Asian American community today. Films such as “Wedding Palace,” as well as scores of documentaries and features presented at this year’s AAIFF were directed by Asian Americans who looked East, or to their respective homelands, for inspiration, guidance, and a story.

“Korean Americans are embracing their heritage a lot more,” Yoo said. “But in America, we’re still viewed as foreign.”

Yoo views her dedication to filmmaking as a statement of Asian American viability as a market force, a large network of 17 million Americans, a fact often ignored by Hollywood studios.

Kang Hye Jung is at her light-hearted best as Na-Young, the love interest with whom Jason has a long-distance relationship online.

The cast was a representative group of Korean American acting talent, some of whom may be familiar to you: Brian Tee, star of “Fast and the Furious: Tokyo Drift” plays the lead role of Jason Kim while Margaret Cho plays a hilariously-possessed mudang-shaman. Comedians Bobby Lee and Danny Cho make brief but memorable cameos to add comic character to an already funny film. However, it was Korean actress Kang Hye-Jung, star of “Old Boy” (2003), who added romantic sparks to the film, with her signature charm and light-hearted buoyancy.

The film has been featured previously in Asian film festivals in Los Angeles, Dallas, and Pittsburgh, and was winner of Best Feature Film and Best Cinematography at Cine Gear Expo 2011. Plans are underway for a select, nationwide release in early 2012, and if the response at this year’s AAIFF was any indication, there’s definite hope increasingly more Korean American romantic comedies will make their way to a theater near you. 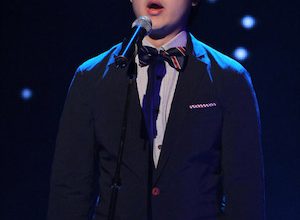 After stealing the hearts of people in South Korea and abroad, orphan Choi Sung-Bong ended his life-changing run on “Korea’s Got Talent” with a runner-up finish, losing to a […]