“Disgusting!,” Cry Legal Experts: Is This The Lowest A Top U.S. Law Firm Has Ever Stooped?
Forbes

Would any self-respecting U.S. law firm represent a client who suggested the Jews deserved the Holocaust? Probably not. As a matter of honor, most law firms would run a mile, and even the least honorable would conclude that the damage to their reputation wasn’t worth it.

Where imperial Japan’s atrocities are concerned, however, at least one top U.S. law firm hasn’t been so choosy. In what is surely one of the most controversial civil suits ever filed in the United States, the Los Angeles office of Chicago-based Mayer Brown is trying to prove that the so-called comfort women – the sex slaves used by the Imperial Japanese Army in World War II – were no more than common prostitutes.

The U.S. government may return a set of Korean national treasures, shipped out of the country by an American soldier during the Korean War, when President Barack Obama visits Seoul next week, diplomatic sources here said Monday.

“The two sides are in the final stage of consultations to complete relevant procedures,” a source said.

There is a possibility that the process will finish ahead of Obama’s departure for Asia next Tuesday, added the source.

North Korea’s displeasure at a poster in a hair salon that poked fun at their leader’s unusual hairstyle has reached the corridors of power in Whitehall.

The Foreign Office has confirmed it received a letter from the North Korean embassy earlier this week complaining about the picture of Kim Jong-un that was displayed in a London salon’s window emblazoned with the words “Bad Hair Day?”.

Mandarins received the letter earlier this week and are now considering a response, a spokesman said.

Goodbyes aren’t easy and that’s something Sandra Oh is making clear. As the actress prepares for her last season on Grey’s Anatomy, she’s been posting emotional posts on Twitter.

The 42-year-old uploaded a photo of herself along with co-star and on-screen lover Kevin McKidd with the caption, “shooting one of our last scenes,” and a sad face.

“My dearest partner in crime,” McKidd, who plays Owen Hunt, tweeted back. “It’s too much to take! What we gonna do?”

The debut album of Run River North, a band consisting of six second-generation Korean-Americans in Los Angeles, has made it to No. 3 on the Billboard Heatseekers Albums chart.

Lead vocalist and guitarist Alex Hwang spoke to the Chosun Ilbo by telephone on Tuesday morning in a mixture of Korean and English.

Run River North are currently on a U.S. tour, stopping in Washington. Another member, Jennifer Rim, who plays the violin, also was on the phone.

The Punahou graduate is off to her best start as a professional, recording six top-16 finishes to open the season, including a runner-up major finish at the Kraft Nabisco Championship two weeks ago.

South Korea has officially filed its complaint over figure skating judging at the Sochi Olympics to the International Skating Union, nearly two months after Yuna Kim won silver behind Russian Adelina Sotnikova in a controversial decision.

The Korea Skating Union (KSU) filed a complaint over the makeup of the judging panel for the women’s free skate rather than the results of the competition, according to Yonhap News, reporting that the KSU believes the panel’s composition was in violation of the ISU’s ethical rules.

One of the judges from Sochi is married to a top Russian figure skating federation official and was seen hugging Sotnikova shortly after she won gold. Another was suspended one year as being part of the 1998 Olympic ice dance fixing scandal.

When Beverly Kim and John Clark open Parachute (probably next month), expect a different take on Korean cuisine. Kim and Clark are terming their first restaurant “Korean-American,” fusing the textures and flavor profiles of traditional Korean cooking with creative ingredients available to modern restaurants in Chicago.

“I don’t want to compete with mom-and-pop Korean restaurants,” Kim says. “I definitely grew up with those dishes, those dishes excite me, but with our experiences we can put a twist on it that makes it approachable for non-Koreans and Koreans alike.”

“It might take some time for people to grasp that.” 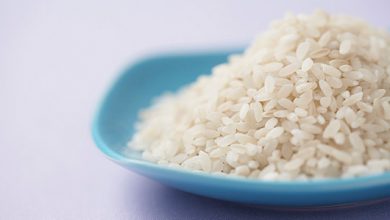 It’s a well known fact that rice has always been a major part of Asian cuisine and Asian culture. A much less known fact is that our ancestors utilized […]